Recently I unearthed another of my childhood stories. Unlike my greatest literary achievement 'The Beginning of Life on the Moon', 'The Tin City' has remained sadly unpublished.

Which is a pity, because 'The Tin City' is as important to the travel-writing genre as 'Life on the Moon' was to science fiction. 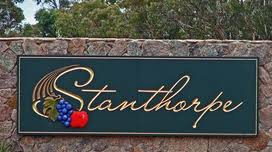 On the surface it is the story of a small-boy's trip to the town of Stanthorpe with his family, but, like all good travel writing, there is a lot of subtext which puts it more in the league of writers such as Ernest Hemingway or perhaps Jack Kerouac's 'On The Road', rather than light-weight adventurers such as Michael Palin.

Even as a child, I seemed to understand that any journey 'without' is really a journey 'within'. The excitement expressed at the beginning of the story where I rush home from school gradually dissipates as the story unfolds. Disillusionment sets in while I sit watching my parents drink endless cups of tea while talking and watching TV. This is almost certainly intended as an allegory for life, as the excitement and wonder of the world as a child are replaced by the mundane realities of adulthood. Perhaps, too, this 'endless talking' is a political comment about the lack of action from our leaders. A rest-stop at 'Cunningham's Gap' where we eat biscuits 'faster than you can say' is an especially astute observation about rampant consumerism.

Besides these obvious themes there are also some intriguing mysteries set up. Why was Auntie Dora not home when we went to visit? Was she hiding? Also, the names Dora and Dori are very similar. Is this alluding to the same person with a Jekyll and Hyde complex? Perhaps Dori represents the embracing nurturing side of nature (Mr Jekyll) and Dora represents the destructive wrath (Mr Hyde).

The most sinister character of all I believe is 'Uncle Charlie'. When the family goes to the winery it is said Uncle Charlie found the wine 'quite pleasant'. Is he an alcoholic?

The story ends on a decidedly ambiguous note. I say that we 'saw many interesting things'. But did we? The rich metaphorical descriptions at the start of the story (I especially like the description of the car leaving for holidays) seems to have dissipated in favour of a rote re-telling of things as they happened by the end of the story. It seems like the author is lying to himself.

Anyway, I've included the story in two forms for you to enjoy. The first  is simply a more coherent version of the original stream-of-consciousness manuscript.

I hope you enjoy it on as many levels as I did.

THE TIN CITY
by
Trevor Ludlow

I was coming home from school on the seventeenth of October on Friday afternoon.

I was thinking about the adventures that I would be having on the weekend.

So I ran the rest of the way home. When I got there I thought that mum would have waited for me to come home to help pack, but sure enough all the clothes had been packed away neatly.

So I sat down at the table and had dinner. After dinner I started to get tired, so I put my pyjamas on and went to bed.

Next morning I woke up full of excitement, so I jumped out of bed and got dressed.

I had my breakfast and jumped in the car ready for my trip to Stanthorpe - meaning 'Tin Village'.

Dad was already behind the wheel of the car and everything was rearing to go.

The engines roared as the wheels spun and finally we were on our way.

After many long hours we reached Cunningham's Gap and boy was I glad to step on solid ground again.

Auntie Gene who had made the trip with us bought all these lovely biscuits which disappeared faster than you could say. Anyway all good things come to an end.

So we set off again for Stanthorpe. Finally we made it then we got two rooms in a motel.

The adults sat down sipping tea in front of the tv.

We decided to go see our Great Auntie Dora, so we set off to find Auntie Dora.

So we set off to her house.

When we got there we found that she wasn't home.

So we went back to the motel.

Then we found a note under the door.

We read the note that said they were back on the farm.

So we then drove to see them.

We parked out the front and went inside. We were greeted by another of our Aunties - Auntie Dori.

We were greeted with a warm welcome.

We went inside and sat down.

The adults talked as usual.

After a while we decided to go to one of the local wineries.

So we hopped in the car and drove off.

Once we got there we walked in. My sister and I waited as the adults sipped some very nice wines. Our Uncle Charlie who had also decided to come with us found the wine quite pleasant.

After a while it started to get dark so we hopped in the car and drove off.

Before going home we went to Pyramid Rock.

We saw many interesting things. 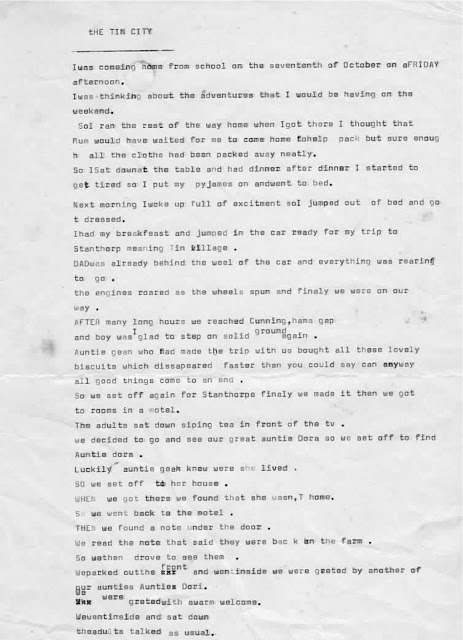 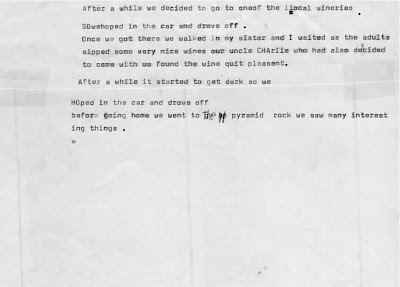