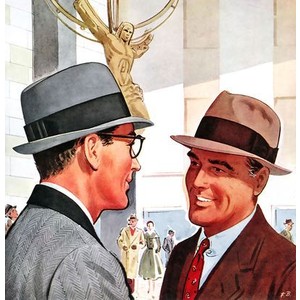 I'm returning to Queensland this weekend to spend time with family and friends over Christmas and New Year's. While it'll be great to catch up with people I haven't seen for ages, there is also a lingering feeling of trepidation. I'm worried about running into people in social situations that I haven't seen in years and trying to remember their names.

I know not remembering names is a common enough affliction for the socially awkward, but for me I think it goes further than just an inconvenience, because often I can't remember the names of people I've known all my life.

I don't think there's anything wrong with my memory and the information is stored correctly in my brain, it's just the retrieval can often be difficult when the wave of panic about the awkwardness of forgetting short-circuits my memory-banks, leaving the information unavailable when it's required. My fear of forgetting a name becomes a self-fulfilling prophecy. 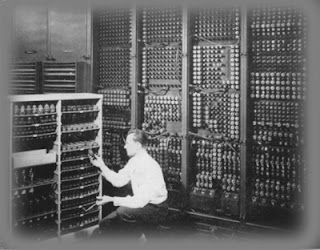 The way I usually get around this is to not use anyone's name when I speak to them and hope that I'm never in a position to have to introduce someone to a third party that might come along. People must often think I'm trying to be deliberately aloof, when really under the carefully controlled exterior I'm just a big goofy puppy dog that just wants to lick their faces. My fear of social embarrassment luckily  prevents me from acting on this impulse.

In almost every circumstance, panic can be over-ridden by someone confirming the name of the person I'm talking to. Once I'm reassured about the person's identity, I can feel free to use the name at my leisure. This method has even worked in situations where my sister has thankfully confirmed that the kindly woman I've been speaking to for half an hour is, in fact, 'Mum'.

I don't think I'm alone in forgetting someone's name straight after being introduced to them. In my case, this happens because my brain tends to leap ahead and try and find something witty to say to keep the conversation going after the introduction. This sometimes results in not hearing vital name-information when it's offered. As to why I continue to feel a social phobia concerning names years after this introduction phase, I can only trace it back to a social trauma I suffered once when I was a child.

When I was about eight years old, I went to hospital to have my tonsils out. I was only in for a couple of days, but before going to surgery I had to wear one of those green surgery gowns, where, if you aren't wearing anything underneath, leaves your bum exposed to the world. I wondered why it was necessary to wear one of these whilst undergoing throat surgery, but luckily I didn't ask too many questions in those days.

I was talking to one of the nurses about half an hour before the operation. She was being very sweet and trying to reassure me that nothing would go wrong. Half way through our conversation she referred to me in a manner which made it clear that she thought I was a girl. I was puzzled, but soon realised that these hospital gowns pretty-much made everyone gender-neutral.

I was horrified! I felt embarrassed for myself, but even more-so for her. I decided in that instant to not divulge the truth, for fear of the awkwardness that would then exist between us. After all, she was just trying to be nice! In hindsight, I count myself lucky that she wasn't a theatre nurse and I wasn't having genital surgery... That would be a shocking way to discover the truth about my gender!

You might think this is a long bow to draw when it comes to a social phobia still existing some thirty years later, but I disagree. What if it turned out that I lived next to that nurse and had to see her every day? My entrenched desire to not-offend would probably result in pretending I was female every time I saw her for the rest of my life.

I never want anyone else to have to be put in this position. I never want to get anyone's name wrong so that they have to pretend their name is 'Barry' every time they see me when their real name is actually 'Greg'.

This is why nobody, under any circumstances, should ever try and congratulate someone for being pregnant unless they are 100 per cent sure... even then, don't take the risk!

So if you see me walking the streets of Brisbane in the next couple of weeks, feel free to say hello. You may find it  hard to believe that the air of smugness and superiority is simply a veneer to protect an androgynous boy in a hospital gown, or a puppy-dog that wants to lick your face, but please be aware of one thing: 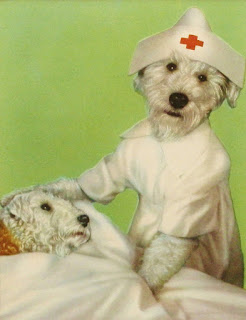