A Message from PALS (Parents Against Light Sabres)

As a parent, I'm concerned about violence in the galaxy and I believe there is no greater threat to the safety of our younglings than the so-called 'elegant weapon from a more civilized time' - the lightsabre.

Well I can tell you this, dear reader - there's nothing civilized about a lightsabre!

Crime statistics show that lightsabre-related maimings account for eighty percent of all known limb losses in this quadrant of the galaxy... and most of these have been inflicted by self-appointed policemen and spiritual leaders - 'The Jedi'.

'The Jedi' are, in fact, so insidious that they exploit not one, but two, archaic amendments to the galactic constitution. They claim, as part of their spiritual beliefs, that they are entrusted by some ill-defined 'Force' to be allowed to wield such weaponry. They also shelter under the second amendment which allows citizens 'the right to bare arms'.

Well, once the Jedi are through with their victims, they usually have no arms to bare!

How can we stop this Jedi scourge?

I'm sure we're all aware of the unfortunate incident in the Mos Eisley Cantina in which an elderly and confused Jedi managed to sever the arm of a young, aspiring starship captain who simply insisted that he didn't like the look of this old man's young friend. Surely we're all entitled to an opinion? 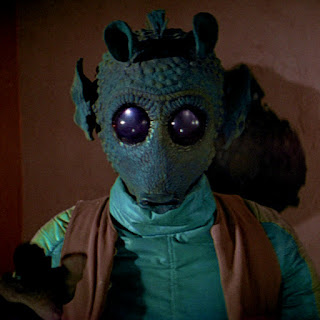 Did you also know that not even half an hour later - in the same cantina - a known associate of this old Jedi - a Mr Han Solo - managed to shoot and kill colourful local character and respected businessman 'Greedo' in cold blood?  Don't be confused by dodgy CCTV footage here, readers - Mr Solo definitely shot first!

The message we can take from this unwarranted bloodshed is that violence begets more violence and following this incident this doddering old Jedi was again briefly spotted duelling with Lord Vader before being fittingly (and mercifully) vaporised!

Unfortunately, one of the great wonders of our age 'The Death Star' was destroyed as a result of this man. He somehow convinced the weak-minded 'Rebel Alliance' to attack an unprotected thermal exhaust port which led to the space-station's destruction. Luckily engineers are working on a new Death Star as I write this.

The point is - if this old man hadn't possessed a lightsabre - then this incident might have been avoided!

Parents Against Light Sabres (PALS) suggests that all lightsabre users be registered. Any elderly users should also undergo a compulsory yearly competency test to ensure they still possess the faculties to use the devices properly. We don't let the elderly drive land-speeders without a yearly test, so why let them use a dangerous weapon?!

I know what you're all thinking - the Jedi are nearly extinct in this part of the galaxy, but I can assure you that their patent brand of civil disobedience and hokey mysticism is popular with certain degenerate members of the youth of Tatooine. We need to legislate lightsabre laws now to stem their use before we are over-run by testosterone-fuelled young men brandishing dangerous weapons.

Here is what PALS proposes to legislate to the Galactic Senate:

1. Make all 'light' emitted from lightsabres a dull grey colour. Studies have shown the bright assortment of colours in which lightsabres are currently available are attractive to a young demographic. We need to remove this appeal.

2. Similarly, the sound emitted from lightsabres has been deemed 'appealing to the ear' and even quite soothing. We need to either remove all sound completely from the devices, or else make sure they emit instead something like a comical 'honking' noise.

3. Make lightsabres non-lethal. There is no reason for any non-military citizens to use lethal force! PALS suggests instead that maybe lightsabres could 'stun' their victims and then maybe send an alert to any nearby stormtroopers or battle droids that can legally deal with the injured party.

4. Have an in-built hand guard. This should be obvious! 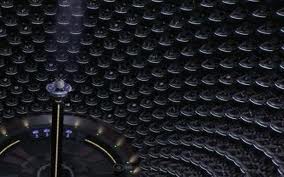 PALS needs your support to push these changes through the senate because, as we know, they never seem interested in any laws that don't involve trade tariffs. It has even been suggested that this bill will not go through because the prosthetic-limb lobby have a strong interest in keeping light sabres on the streets. More disturbingly, The Emperor himself and Lord Vader are rumoured to be practitioners of the ancient Jedi religion and are strong advocates for 'The Dark Side'.

God help us if this is true!

We believe that in this era of unprecedented military build up that public safety and the safety of families should be on the galactic agenda. It seems The Empire are so busy building defence infrastructure that they are ignoring public safety.

Worryingly it also seems that military training is not up to scratch and most storm troopers that come out of the academy these days can barely shoot straight and are little more than laser-fodder.

How are these soldiers expected to defend helpless citizens?

It's time to legislate against lightsabres now before it is too late!

Thanks for your support,