I travelled to my spiritual home of Brisbane this weekend. The flight up and the return flight were both ridiculously early in the morning, so I abstained from partaking in my usual in-flight nerve-calming routine of downing a red wine, playing a sudoko and zoning out to my iPod due to societal pressure. In fact, I pretty much just fell asleep straight after take-off and didn't wake up until just before landing. It made me wonder if I had actually gotten over my irrational fear of flying. 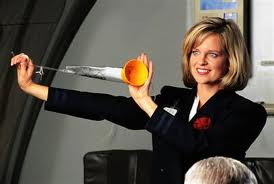 I did, however, scan the faces of the flight attendants to try and detect any traces of fear behind the painted-on smiles. I also weighed-up the other passengers to see if I could defeat them in a fist-fight and scramble over their incapacitated bodies to the emergency escape hatches if the need arose. I never pay much attention to the safety demonstrations, but I assume they say something along the lines of 'every man for himself'.

My mind is usually drawn to the same morbid questions when I fly. 'Should I get life insurance?', 'Will my superannuation cover the lavish cost of my funeral?' and 'Will the person next to me be some dim-witted bore who insists on telling me their life story?' I do marvel at the wonders of flight - but I do so in the same way as comedian Steven Wright does. He said something along the lines of 'I don't think it's amazing that airplanes can fly through the air, I think it's amazing that you can sit there at 30 thousand feet and order a coke.' We have taken all the romance and wonder out of flying and simply turned it into a below-average dining experience.

I think my fear of flying comes from the flight resembling an existential allegory for life. Sure you can influence to a certain extent what happens in the cabin on a flight, but ultimately it is up to the captain to decide how long the flight will take and the final destination. I'm a nervous passenger in a car and in a plane I also feel the same lack of control. I, personally, would feel much happier flying the plane, but I think the rest of the passengers would be supremely less-happy.

No passenger wants the story of their flight to end like an episode of 'Air Crash Investigation'. I still remember one episode I watched in which the captain lost control of a massive 747. They played an extract from the black box flight recorder of the captain speaking seconds before the plane crashed - killing everyone on board - and the only three words he said in a relaxed but resigned tone were 'Here we go!' - it still sends chills down my spine.

When I turned 25, I thought it would be a good milestone to try and get a different perspective on the narrative of flight - so I decided to go sky-diving at Byron Bay. I thought it'd make me feel like I'd defeated my fears and gained control of my own destiny, but ultimately all it did was make me feel nauseous and realise that birthdays are really just a perfunctory number with no cosmic significance. Also - my friend John who went on the jump with me and went back to Brisbane first, basked in all the adulation for his bravery - even though I was the one who jumped first!

I wasn't always afraid of flying and I remember as a kid travelling to England when I was about seven. I loved it! I have fond memories of eating ice-cream, visiting the cockpit and receiving many souvenirs and smiles from the hostesses. I probably even wanted to be a pilot for a while, before realising how much attention in school it would require to achieve this goal. 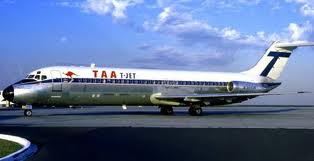 I didn't really fly again until my early twenties. There were economic reasons for this because there was very little competition among airlines in Australia and it was simply too expensive. The major airline has always been Qantas but there were other major players who came and went over the years with the most notable being TAA. This, combined with my incredible poverty, did not eventuate in air travel being available to plebs like me until young guns such as Virgin Blue and Tiger Airways showed their faces on the scene - god bless you capitalism!

A notable and extravagantly expensive flight I remember taking in 1992 was to the first Big Day Out concert in Sydney. I think it was the first flight I had taken since I was a kid! I was hoping to be lavished with the same attention as I had back then, but the flight crew didn't seem to take as kindly to a drunk twenty-somethings who hadn't washed in three days as they had to a cute little seven year-old boy. Instead of ice cream and a visit to the cockpit, flight attendants looked nervous and tactfully asked passengers who were near us if they were interested in changing seats. They all gladly accepted this option.

Unfortunately, this flight seemed to set a precedent for future flights and when I travelled to Europe a few years later, I found myself trying to drink as much as possible. I blame Australia's love-affair with sport for this as The Australian Cricket Team in the 1970s always tried to set a record for how many beers they could drink on the flight to England. For interested readers who are keen to give it a shot - the current record is held by David Boon who drank 52 beers on a 30 hour flight!

I've played in rock bands since the early 1990s and it wasn't until the early 2000s that I found myself in a band popular enough to be able to afford air travel in Australia. This presented a whole new set of problems and life-lessons for me as a flyer. Like Boony before me, I soon came to realise that pacing yourself is very important. Especially if you're playing in several different cities in a very limited time period.

This was probably my most paranoid and pathetic period of air travel. One time after staying up all night in Melbourne, an early flight to Adelaide found me clutching an air-sickness bag for the majority of the journey. I wish I could say I learned something from this, but unfortunately I don't think I did.

Eventually I moved to Melbourne and left this rock and roll hedonism behind me, but as a traveller - and now a parent - I found there were still lessons to be learned. You have never experienced the true abject horrors of air travel until you've traveled with a child! I think parents have some respect from the flight attendants but the realities of dealing with a child in flight are very daunting. Children don't like the change in air pressure on a flight and other passengers are all-too-quick with advice for dealing with a child struggling to cope. This does not translate well to parents whose nerves are usually beyond-frazzled by this point and usually the only thing that stops me from attacking other well-meaning passengers is the embarrassment of being filmed by A Current Affair while being escorted by air marshalls following a mid-air incident.

On the return flight to Melbourne today I think I finally found some closure on my sins as an air traveller. I felt unusually blessed when I found I had a whole row of seats to myself and I was cheerfully looking forward to sitting crumpled in the corner with my sunglasses on listening to Townes Van Zandt. I was so involved with my own thoughts, that I didn't notice a woman had come and sat next to me. She eventually poked me enough times to get my attention and sheepishly asked if her young son could come and sit next to me. I didn't hesitate in saying 'of course!'. I had finally found some empathy for my fellow passengers and in doing so had somehow been forgiven for that Big Day Out flight and innumerable hung-over tours of the nation since. 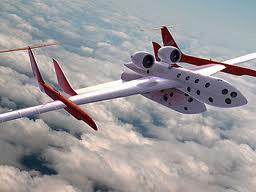 My hope for the future is that I can complete the circle. I envison myself as an elderly pensioner wearing a hawaiian shirt and travelling to the moon eating a bowl of ice-cream. The flight attendant comes over to me, smiles and asks if I would like to visit the captain in the cockpit.