Taking Back the 'N' Word

I’ve never been to war but I think I know how some old veterans feel when they return home to an apathetic country and years later have to witness younger generations taking for granted the freedoms for which they fought and often died.

It is simply wrong for young, attractive people with carefully considered tattoos, flawless complexions, angular yet urgent haircuts and promising careers in some form of fulfilling yet computer-aided industry to refer to themselves as ‘nerds’. 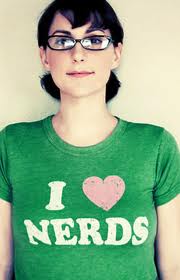 A nerd is a term of derision applied to someone who is universally mocked. The lowest rung on the social food chain. An outcast. It is true that at one time having an interest in computers and any form of hobby outside the mainstream would label you a nerd, but since then the cultural paradigm has shifted and now there is no singular mainstream. It has shattered like a vase on a concrete floor. The nerds have had their revenge but they have forgotten the heroes that went before them.

Before the internet in a distant time called the 1980s there was no way to even know that there was a world-wide group of intelligent yet socially awkward young people that could share their stories and their singular obsessions. Nerds clustered by themselves in small groups with no singular defining looks like those portrayed in the movies. Sure there would be the odd person with dandruff the size of cornflakes or breath that would scare away a grizzly bear; there may have also been a guy with wire-rimmed Health-Department-approved glasses who carried a briefcase to school. The thing that most nerds shared, however, was a lack of self-awareness.

The defining tool of the nerd is the computer, but back in the 1980s they couldn’t even be used for much. Most computer games involved waiting about half an hour for some text-based adventure game to load on cassette so that you could briefly imagine yourself in some fantastic realm battling goblins. If sporting types had known in years to come that pornography would be readily available on computers then they may have looked differently upon the humble nerd. 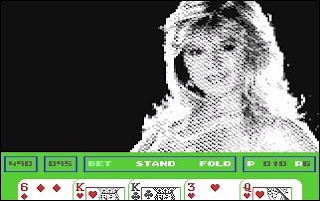 The closest thing you could probably get to pornography would be to tirelessly type in some BASIC code from the back of a computer magazine such as Australian Personal Computer in the hope of being able to play a game of strip poker. Unfortunately, if you typed in just one wrong number, the whole game would crash and say something like: syntax error line 40. Even if you did get it right and managed to win a game against an imaginary computer component, such as pioneering internet porn  queen Sam Fox (above), then there would be inevitable disappointment when you finally got her naked and revealed her nipple to be the size and shape of a Leggo block, except in a monochromatic green colour.

No aspiring graphic designer would have even bothered to use programs like Logo in which you could order a turtle around a screen which would leave a trail and create shapes that you could fill with different colours. I suspect the whole program was devised to teach geometry rather create art, but the resulting images hardly inspired a sense of wonder or helped to justify the effort spent on creating it.

Computers are an essential tool in music creation these days and programs like Pro Tools and Logic are industry standard, but back in 1984 when I first became interested in music this is the best that Commodore computers had to offer:

I suppose the real nerd heroes are people like Steve Jobs who could handle the jibes and see potential in this (at the time) limited technology. Other nerds fell through the cracks. These nerds were brainwashed into thinking being smart and curious about the world was a liability that they were not willing to be humiliated for. Those who lacked the courage to face their detractors ended up just hiding from them and trying to fit in with more ‘normal’ activities that would not attract any attention towards their more socially abhorrent interests.

The result is these people missed the boat when the world turned and finally embraced their secret shame. Perhaps it was a case that they were born too soon: Like the football star that was afraid to pursue a career in professional football and ended up a real estate agent, so too the nerd who subjugated his nerdish tendencies also lost out.

Perhaps this proto-nerd ended up a public servant; whiling away his days in a dead-end middle-management job. One of the invisibles. The sort of guy you might see outside a model shop in a cheap polyester suit gazing longingly at the trains and the model airplanes inside, groceries in hand and comb-over blowing gently in the breeze. If you see him, don’t look away - because there for the grace of god go you.