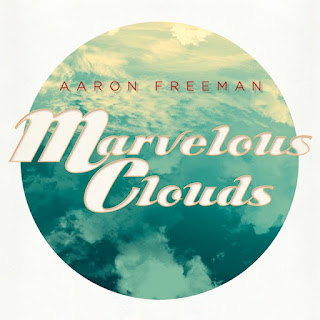 I've always loved the band Ween. Their music is what I would describe as 'gleeful'. That's not something you could say about too many bands out there. Lead singer Aaron Freeman (aka Gene Ween) always sounds like he's singing with a smile on his face and although their music has become increasingly sophisticated over the years, I still imagine Freeman and his musical partner Mickey Melchiondo (aka Dean Ween) sitting as teenagers in their bedrooms coming up with weird sounds on a 4 track recorder and laughing about the possibilities of what they could get away with. That spirit of the band never wavered over their almost thirty year partnership - up until their most recent album La Cucaracha, they were still mashing musical styles, trying out weird effects and shifting gears from offensive and silly to poignant and soulful.

That's why it annoys me when people dismiss Ween as a 'novelty' band. To me there's nothing inauthentic about the band at all. Music is like being at a party. The first instinct I have when I meet new people is to try and be funny, later, if I like someone enough and feel we have common interests then maybe I might share something a bit deeper. If someone doesn't get my sense of humour then there is no way they're going to truly understand me. Humour is the doorway to understanding. People are playful! Music should be playful as well. To me it's more inauthentic to expect people to listen to your 'deep' music straight off the bat if you are unwilling to share any other aspect of yourself. Ween is such a great band because they don't place any musical boundaries on what they can do.


It could be argued that a lot of Ween's music is 'ironic' but I think this is too lazy a description as I have often found myself unexpectedly moved by some of their songs over the years and I think they genuinely have a love for the musical styles they pursue, even if they are lampooning them. That's why it wasn't too much of a surprise to me to hear that Aaron Freeman chose to do an album of cover versions of songs by 60s and 70s troubadour Rod McKuen as his first solo album. McKuen was a popular poet and songwriter at that time but was dismissed by critics as being too schmaltzy, whereas Ween seem to have critical respect but don't really back it up with commercial success. Both artists could claim to be misunderstood. The real surprise of Freeman's album 'Marvelous Clouds' is how much he makes McKuen's songs his own and the directness and sincerity of his delivery.

It's no secret that Freeman has had his share of substance abuse problems over the years and recently (to his credit) he has sought help. In this regard you could consider the album to be a 'recovery' album - it's filled with tasteful arrangements, gentle strings, acoustic guitars, brushed drums and it's all topped off with Freeman's clear vocals with multi-layered harmonies. Opening track 'As I Love My Own' is the most Ween-like song on the album but there are other aspects that also fit in with the Ween sensibility. The second song 'Jean' could be interpreted as a love song to his alter-ego 'Gene Ween' and the Guns 'n' Roses style solo in 'The Beautiful Strangers' is reminiscent of something Freeman's old pal Dean Ween might pull out (I can see his eyes closed, mouth open and nostrils flaring as I listen to it). 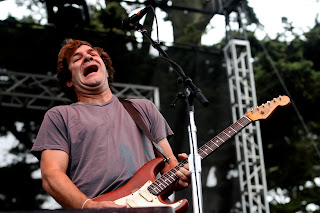 Perhaps the biggest eye opener is the spoken-word tune 'Pushing the Clouds Away'. Even I baulked at the age-of-aquarius stream-of-consciousness approach over an almost jazz-like beatnik backing, but the sincerity of Freeman's delivery makes what could be interpreted as fairly cliched lines pondering the nature of clouds and not being able to push them away, into something quite haunting; especially the final line where he desperately but wearily begs "Help Me" followed by a plaintive "Please?"

The song 'Mr Kelly' is also a highlight. A grown man such as myself should not be so easily moved by a song concerning the simple pleasures of playing with your dog on a summer's day, but who doesn't love a dog? Maybe that is what Freeman is trying to reconnect with - a sense of innocence. I know when I was young I used music to try and define myself and in a way push people away, but when I got older I tried to use music as a way to reconnect. It's not an easy thing to do when people don't seem to have time to listen anymore.

I remember a few years ago drunkenly putting on Billy Joel's song 'It's Still Rock and Roll to Me' and dancing around a friend's loungeroom. Sure, I said I was being ironic, but ultimately I was genuinely enjoying myself. I've reached the point now where a good time is a good time and I don't want to have to explain myself or prove anything to anyone. I like Aaron Freeman's album 'Marvelous Clouds'. It may be different from what I'm used to from his Ween output, but it's still rock 'n' roll to me.
Posted by Trevor Ludlow at 04:11