Inside the Golden Days of Pinball

I've always felt I have something in common with Dionne Warwick - we both don't know what to do with ourselves. I probably found myself at my greatest loose-end in the late 1980s straight after high school. I didn't get in to the course I wanted to do at university, which resulted in all my ambitions for my future deflating from conquering the film and literary world, to making sure I was at home every weekday afternoon at around 4pm so I could watch Count Duckula. After a couple of months of worried looks from my parents, I managed to summon enough initiative to go for a job at the public service (the interview was in the morning, so I'd have plenty of time to make it home for Count Duckula). 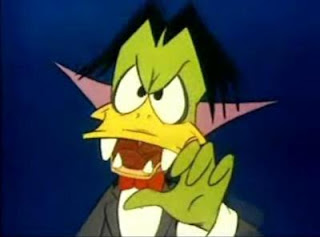 To my surprise I actually got a job with the Queensland State Government in what was then known as The Department of Housing. To this day I'm not exactly sure what it is I did there, but I know it involved colouring in maps with pencils to indicate properties the department purchased and spending hours doing searches on properties which can now be done over the internet at the click of a button.

Of course, being the precocious little shit that I was, I found this all to be beneath me and I registered my contempt through my wardrobe of ever-lengthening hair and op-shop paisley shirts with extra-wide 1970s ties. My corporate image was completed by a very fetching blue Batman lunchbox. Looking back I should've probably shown some more interest in my own life rather than criticising others for being career public servants and making life decisions like getting married at 19 to the guy down the road, before they'd even had a chance to see the world (I'm 40 now and I still don't quite get that one).

Luckily there were others around my age that also were marking time until something (hopefully) better came along and we used our god-given flex-time entitlements (to the laymen, this is accrued extra time that can be used to to have time off for extra-curricular activities) to spend many a lazy afternoon down the pub drinking. It's a testament to how little interest I had in my job that whenever anyone mentions those Department of Housing days the first thing I think of (besides friends I made back then) is the Party Zone pinball machine: 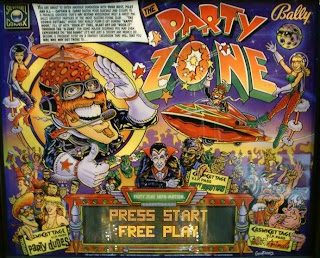 It was located upstairs at Rosie's Tavern which was just across the road from our place of work. It became a popular game to play at lunchtime. It eventually became an after work activity and at our lowest ebb, we would even duck over at morning and afternoon tea breaks to play.

The thing that I liked about Party Zone was that it was not affiliated with any movie or TV franchise and it was like having a swingin' retro-themed outer-space party every time you played. I haven't played it for years but I remember you could choose the song you that played in the background and it had a Super-Sonic-Robotic-Comic feature that told an inaudible joke followed by canned laughter. It was groovy, man!

In all the time we played, I don't think any of us ever improved at the game. There were other distractions at Rosie's - like having to drink 12 pints of VB to win a five-dollar VB t-shirt (you didn't have to do it in the one session - but we did anyway)  and of course there were office politics to discuss.

After several years with The Department, Indications that it was time to move on began to present themselves to me. Possibly the earliest of these was Party Zone being replaced by other machines; most notably Dr Who, Star Trek: The Next Generation and the one that almost filled the hole in my heart left by Party Zone - The Creature from the Black Lagoon. My drinking buddies started making plans for the future as well and it saddened me to imagine myself playing alone in the corner.

The biggest impulse to leave happened when the section I worked in was taken over by a particularly bland middle-management type, who would often bore me senseless with endless talk of investment opportunities and planning for my future. I probably should've listened to him, but I would've been more interested in his opinion of what The Super-Sonic-Robotic-Comic might be saying and if it was actually funny. Also, he seemed to have long, tense discussions with his wife on the phone (almost certainly concerning money and their investments) and it occurred to me that if I stayed any longer then I might end up like him. I had been at The Department for five long years - it was time to quit and go overseas.

On my last day at work, as a mark of respect, I wore my specially-purchased tuxedo t-shirt. I told my section-head that I didn't want any sort of presentation and instead invited my friends down to Rosie's to play pinball for the last time. When we arrived back at work I discovered they'd gone through with a presentation anyway - without me! I had burned my bridges spectacularly. If I had exited the building playing my boss' head like a bongo-drum I don't think I could have made a worse impression.

After travelling around England and Europe for several months I returned to Australia jobless and penniless, but ultimately I still feel I did the right thing. I've had better jobs and worse jobs since but at least a new generation of public servants are not pointing and talking under their breath about the middle aged guy in the corner at Rosie's playing pinball by himself!


Epilogue:
I still have my tuxedo t-shirt! When I found out my wife was pregnant I had to buy one for our child. Here is a picture of our daughter wearing it. May she use it more wisely than me! 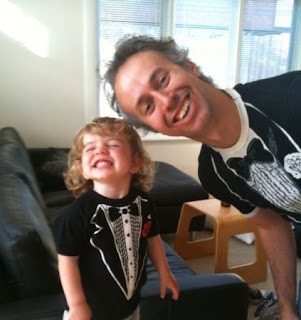