The Hunter and The Hunted

It's time the world knows. I have a secret hobby. Discussing it feels very uncomfortable as the 20 year-old self-destructive me would certainly not approve. Honestly, I don't know how it came to this, but for at least the last four years I have run almost every weekend. There - that feels better. My name is Trevor Ludlow and I'm a runner.

If I look back it would seem to stem from my wife's interest in personal fitness and the guilt I felt watching her head out to the gym whilst I sat hung-over on the couch playing computer games. At the time there was a gym around the corner from our house, so I only had to make the most minimal of efforts to join, which I did as part of my never-ending and often futile-seeming quest to impress my wife.

I enjoyed it more than I thought I would. The mental benefits were almost instantaneous as a workout at the gym made me feel less compelled to hunt down and kill strangers who would cut me off in traffic. I was also less likely to slam cold-calling salesmen's legs in my front door. The physical benefits took a bit more work, but over time I went from looking like a wasted heroin addict (which I never was - don't do drugs, kids!) to a regular human being.

People who knew that I was going to the gym often wondered how I could stand being in such a meat market - and I agree, there probably were a lot of people checking each-other out, but this never made me feel self-conscious. The sad truth is I don't think I've attracted any female attention (warranted or not) this century, so it was nothing for me to be concerned about. I'm bad at gauging this sort of thing anyway, but I've noticed my status with the ladies declining over time from a point where a waitress might give me an extra scoop of ice-cream and a sly wink when I ordered desert; to now, where audible sighs emanate from dead eyed waitresses when I ask for some sugar for my coffee - before they go on to give me the wrong change. I can understand, however, that women might not like unwarranted attention from sweaty, testosterone-fuelled, preening alpha males at the gym, which is certainly why gyms like Fernwood are so popular. 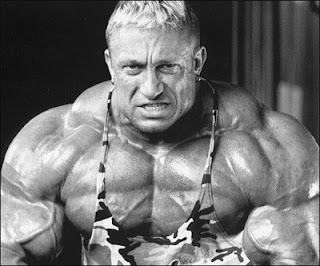 I suppose the thing that stopped me going eventually was the whole humourlessness of the affair (and the incessant blaring techno). I remember watching one guy place every available weight on one machine and then trying to bench the whole lot while making sounds like he was giving birth at a volume that made the whole gym stop and stare at him. I couldn't help myself and started laughing - I got a lot of angry stares from other gym members.

Other life-changing things happened around this time. We moved from Brisbane to Melbourne and also had a baby. This meant that the gym was no longer around the corner, and besides, now I had absolutely no money to pay for gym fees. Instead I took up running at Royal Park which was near our house in Kensington. At first I could barely run a lap (about one kilometre), but over time I could manage about 10 or 15 laps. It was great to be out in the open air, but running around a circular track often felt futile. There is a monument to the Burke and Wills expedition at Royal Park which I would often stare at and this may have contributed to the feeling of futility.

When we moved from Kensington to Coburg, however, we moved near Merri Creek which has a track that follows the creek for about 15 kilometres and is much more conducive to the feeling that you're doing something worthwhile. It's a really nice run and as long as you're not running along in the blazing sun or being chased by the unregistered trail bike riders, then it's quite relaxing.

I must admit that probably the best thing about going for a run is me-time. The outdoors is like my own mobile lounge-room. I'd never consider going out without my trusty iPod and I can catch up with podcasts such as WTF with Marc Maron and the Ricky Gervais Show (I now consider these people to be friends). I also get to listen to things which are unsuitable for my daughter's ears and music my wife doesn't like. Occasionally a rabbit will hop across the path. It feels like some kind of Disney movie with a filthy soundtrack. 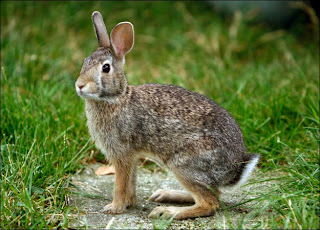 As with any endeavour, running has its cliches and whenever I mention to someone that I run on weekends, the first thing they mention is the movie 'Forrest Gump'. For those unfamiliar with the film, there is a moment where Forrest Gump gets up one morning and suddenly runs across America for no reason in particular. I always smile and nod when people mention this, but there is a grain of truth to it. Sometimes when I'm running along there is a feeling that I'm running away from something or that something is running after me. It could be some form of primal conditioning left over from cave-man times, or else something could really be after me. Either way, I'm not going to stop running to find out.
Posted by Trevor Ludlow at 19:18