I was talking to my workmates in the lunch room a couple of weeks ago about the terrible neighbours I have. My workmates had similar tales of woe. I really can't remember their stories now, but they stirred up some netherworldly, suppressed observations in me. 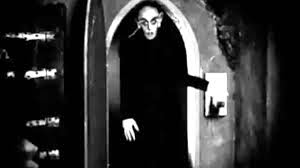 For example, I have a strange Eastern-European looking neighbour who sits in a chair directly across from our house like some ever-vigilant gargoyle, or the original inspiration for Dracula. He is never less than friendly when he sees me and always indulges me in a friendly wave. I usually weakly respond. I can't escape the fact that the guy creeps me out.

On one side of our house is an old couple who always seem to be fighting loudly. They talk in Italian, though, so it is hard to tell whether what we're listening to is the final disintegration of a relationship, or the passionate exaltations of a couple who are still in love after decades of marriage.

Most disturbingly, however, is the dilapidated 70s brick building on the other side of our house where there resides an old lady who is never seen. Her son lives with her and is apparently unemployed. Legend (and neighbourhood gossip) has it that he lives off his mother's meagre pension. They have a little dog that never leaves the yard and always seems to be in a constant state of distress. It's like some bizarre Centrelink 'Grimm's Fairy Tale.'

I imparted these tales to my workmates before talk eventually turned to our own personal transgressions. Tales of drunken revelry and loud music turned our sombre tones and disapproving frowns into cackles of joy and fond reminiscences. The sheepish looks we passed between each other signalled an understanding that it's much more fun to dish out bad behaviour than to receive it.

I don't like to boast, but I think my tales of communal living put my workmates' stories to shame. 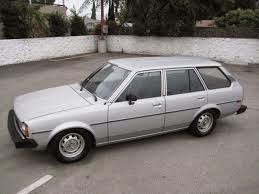 I was but a lad of 19 when I first moved out of home to my first share house. I was ignorant to the ways of love (still am) and the dangers of the world, when suddenly I found myself on the doorstep of a large, crumbling Queenslander affectionately nick-named 'The Dome' (short for Pleasure Dome, presumably), situated in Ryan's Road, St Lucia.

My meagre possessions at the time only managed to fill half of my 1981 Corona station wagon. I copped a fair amount of ridicule for this from my house mates who were only a few years older than me, but had already managed to accrue a staggering array of useless garbage.

Upon inquiry, It turned out the depression was caused by my new house mate Nick dancing too vigorously and managing to smash a hole in the floor. This incident probably happened to the soundtrack of the half-remembered number 'Can You Dig It,' by the band Pop Will Eat Itself. The floor was ruined, but the carpet remained in tact.

I slept on a foam mattress on the floor of my room for the first couple of weeks, before buying a bed off another housemate who was most likely selling it in an attempt to erase some wanton depravity that happened upon it. I'm ashamed to say that I hung on to that bed for the next three years, in spite of how uncomfortable it was and what demons it may have possessed.

I believe there were about seven people living in the house at the time. There were only about three bedrooms, but there was a room under the house and a verandah just outside my bedroom window where the legendary 'Nick' resided. I originally imagined him to be some sort of werewolf-type character and would cower under the blankets when his dark shadow was cast against my window.

I needn't have worried, Nick turned out to be quite amicable and we are still friends to this day. He still enjoys dancing, but maybe not as vigorously as he used to. 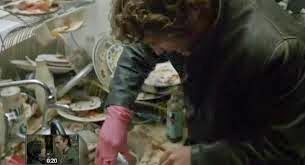 House-cleaning skills were minimal. The art of cleaning a toilet was a strange mystery to almost everybody. Stacks of dishes usually remained uncleaned, while we argued over whose turn it was to clean up. The shower, however, was the biggest disaster. It was the early 1990s and everybody had long hair - it was the style of the time. Reams of matted hair would have to be regularly removed from clogged drains by whoever was unfortunate enough to be on cleaning duties.

Strangely, the one thing we were all experts at was the removal of red wine stains. This is done by applying a mound of table salt, waiting for the wine to be absorbed and then vacuuming up the salt. It's an important tip for any wine enthusiast!

What the house may have lacked in cleanliness, it more than made up for in entertainment. We had a stack of VHS movies, a video game system, a large collection of musical instruments and even a pinball machine! The only downside with the pinball machine was the constant pinging of the bells and the noise of the flippers, which interrupted almost everybody's sleep.

Perhaps our most ill-advised entertainment pursuit in the house involved the swimming pool. It was not in operational order when we lived there and was basically just a glorified swamp. 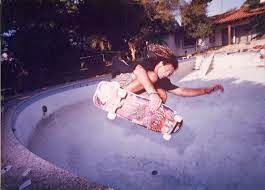 One housemate who was particularly fond of skating decided to drain the stagnant water, rip out the lining of the pool and fashion a makeshift skate bowl. I have never been a skater, but I feel I should take some responsibility for what happened to the pool, in the same way that the contractors who worked on The Death Star were responsible to some degree for the actions of the Empire.

The skate bowl worked a treat for a while until some heavy summer showers partially filled the pool again. This time, nobody could be bothered draining it and the skate bowl became just another abandoned project. It remarkably returned to an even greater state of stagnation.

We used to have regular parties, and on more than one occasion someone would make a trip to the border of NSW where you could legally purchase fireworks (Fireworks were banned in Queensland.) We didn't do this for any particular reason other than simply celebrating a Tuesday afternoon or the fact that someone got off work early.

At the last of these firework parties, things escalated dramatically. Spurred on by a primal cave-man fire frenzy and a sudden realisation there were no fireworks left, furniture was smashed, thrown into the pool, doused with petrol and set alight. The resulting blaze lit up the night sky like an F1-11 fly-over. Much rejoicing and tribal dancing ensued. 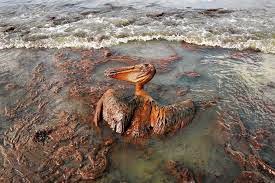 Of course, the pool was never cleaned after this and the the resulting carnage looked like a photo still from a gulf war bombing. An oily slick covered the now blackened water and charred bits of wood and material jutted above the water line, signalling the dangers that lurked below. There would be no skating or swimming in this pool again.

Several weeks later we moved out of the house and made several trips to industrial bins at the university and nearby shopping centres to dispose of carloads of useless garbage we had accumulated. We filled a giant garbage bag with food scraps and duly christened it 'The Blob.' It took three people to lift and managed to split open as I was carrying it. Spoiled dairy products and rancid meat splashed my clothes, eliciting a barely-suppressed gag reflex. 'The Blob' haunts my nightmares to this day.

Finally, everything was removed from the house except one bit of furniture, a wardrobe placed in a curious position in the middle of the lounge room. It's sole purpose was to cover the hole that Nick had created months earlier.

The landlord wouldn't suspect a thing!

We didn't get our bond back.

The whole household moved to a different address in Auchenflower, where out wacky adventures continued unabated. In both households I don't remember the police ever getting called for noise complaints. Surely they must have?

I know over the years the police have been to several of my parties that were much milder than those over-the-top shindigs. My current theory is that the neighbours in Ryan's Road were too scared of us to call the police! Surely not, but I like to entertain the idea that I can install that sort of fear in people.

I like to think that I've become a good neighbour, but occasionally I get misty-eyed and nostalgic when I think back to those heady days.

Recently I was watching an add for a bank where a smartly-dressed business woman was talking about saving for a home loan so she could get out of the rental trap. The add was implying that this would allow her to escape from her passed-out house-mates lying in front of the flickering television. It seemed to my skewed perception that the house mates were the ones having the most fun.

I like the idea of returning to the communal gathering in front of the television, dishing out snarky comments while ensconced in a scratchy, tasseled woollen blanket, with fat drenched KFC boxes offering an opaque window into the congealed contents inside. Bottles of Lambrusco would be strewn around the room with several mounds of salt absorbing any spillages. It seems like a perfect night in!

Sometimes I think that house on Ryan's Road is the best house I've ever lived in.

Then I remember The Blob.