All around me people seem to be going on exciting overseas adventures. My wife is currently in America touring with her band The Zebras, while I spend three wonderful weeks at home with my daughter and my parents. I don't think I've spent three weeks with my parents for about 20 years... God help me! 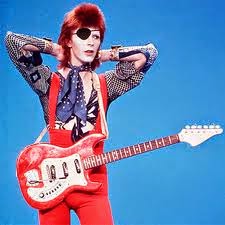 Previously, when my wife's band toured, she suggested I come along for fun. I found this incredibly insulting, as I still harbour increasingly-unlikely rock star dreams of my own. You don't go to an Eric Clapton concert and find David Bowie sitting dejectedly at the merch table! Also, the fact that the dog tends to leave the room every time I even look at my guitar tends to suggest that I'm not ready for a North American tour just yet.

I have been overseas on several occasions - mostly around Europe and America - and from my modest travels I have discovered one thing - I hate being a tourist. This mostly stems from being an Australian backpacker in England while in my early 20s. The stigma of the drunken Aussie yobbo overseas cluttering up youth hostels and stealing all the bar jobs is well deserved and I confess that I did very little to challenge the average British citizen's perspective of this stereotype.

I travelled for several months around Europe by myself and found it to be a crushingly lonely experience, which wasn't relieved by the fact that I was sharing the company of similarly displaced individuals. How I longed to assimilate and seamlessly step into the cultures I was outwardly observing, like some sort of shape shifting space man, walking unquestioned through their alien societies. My cloaking-device always seemed to falter, however, and I couldn't help but feel like the 'other.'

Upon reflection, the reason I felt like this was because I was looking for a 'when' rather than a 'where.' For example, when I was in London in 1994, I couldn't understand why it was not 1968. I expected to get off the train at Waterloo Station and see Terry and Julie holding hands and staring in each others eyes, oblivious to the world passing them by, while the sunset lit their youthful faces. Instead, I alighted from the train to find some wasted hood-rats huffing paint from a plastic bag and a bunch of pissed-off commuters. 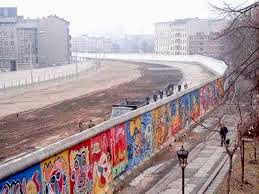 Similarly, In Berlin I couldn't escape the feeling that I wanted to be in the city at least a few years earlier to witness the fall of the Berlin Wall. If I was being honest, however, I probably would have preferred to be there in the 1970s, when the wall was still up and I could wallow in the romantic decadence that seemed to exist on the edge of the city's political and ideological divide.

I felt the same in America when visiting the famous punk club CBGBs in the mid 2000s. Sure, it was as dirty and squalid as it's reputation had led me to believe, but the creative spark that had made it a cultural touchstone in the 1970s and 1980s seemed to have moved on. New York was no longer Scorsese's Mean Streets or Woody Allen's Manhattan and instead had become gentrified to the extent that nobody actually interesting could afford to live there anymore. Sadly, CBGB's closed down a few months after I visited, but ironically opened up in Las Vegas, where visitors could visit the ghost of a former venue that in the new Manhattan had already become a ghost of its former self.

I suppose what I was looking for in my travels was a feeling that I was part of the Zeitgeist. I have since come to understand that this is not an easy thing to find and more often than not the Zeitgeist finds you. I probably have been a part of it several times in my life, but usually when I was there I didn't know about it or even care. I think it has to do with a 'grass is always greener' affect where nobody thinks their own story is particularly interesting.

This is why my favourite travel destination so far has been a place I barely knew anything about - the city of Prague in the Czech Republic. Unhampered by any cultural expectations, I was free to be surprised and delighted by a city that was steeped in history, but at the time was waking up to a new-found place in the modern European landscape.

I have to admit that things didn't start out well in Prague. It was popular for tourists to billet with families in Prague at the time, but I didn't feel comfortable doing this and instead sought some other accommodation. Unfortunately, the compound I ended up staying in seemed to be some sort of ex-soviet military installation on the outskirts of town. During the night of my first stay the constant slamming of heavy iron doors convinced me I might have accidentally become an inmate in a military prison.

Luckily, the overlords of the facility gave me a day pass the next day and I was delighted to find the contrast between my lodgings and the city of Prague itself only added to the jaw-dropping beauty of the city.

To an Australians' eyes, countries like England seem old, but comparatively Prague seems positively ancient. I would describe the architecture as medieval. Walking through Prague felt like being in the movie 'Snow White.' The best thing about all this ancient architecture was there always seemed to be some accompanying story of suicide, murder or some other shady dealings happening under a veil of secrecy. 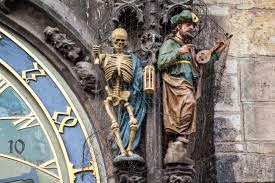 Probably the most famous landmark in the city is the Astronomical Clock in the town square that features intricately rendered figures of morbidity such as a skeleton representing death and figures depicting vices such as greed, vanity and entertainment (?)

The story goes that the official who commissioned the clock was so impressed and delighted with the artisan's efforts that he promptly poked the poor guy's eyes out so that he wouldn't create anything again to match the clock's beauty... Reward for a job well done!

Equally as beautiful is the Charles Bridge that crosses the Vltava River. I was interested and surprised to learn that there was a 'John Lennon Wall' at one end of the bridge. Apparently it was something of a symbol off freedom for young people in Prague during the 1980s. I think I had come to believe after one day in Prague that there was still very little western influence in the city. This may have come from the fact that I tried to order a Coca-Cola from a local merchant and he didn't understand what this was. I found this charming, but in hindsight, maybe he just didn't understand my accent. 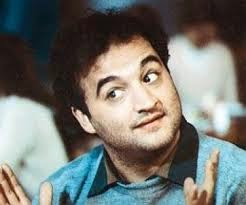 As my stay continued, I came to be aware that a lot of people in Prague were enthusiastically embracive of the new western influence. I was in two minds about this. I understood that the west represented freedom to the people of Prague, but one day while waiting at the train station I noticed someone walking along the platform wearing a 'Saturday Night Live' jacket. I immediately recognised a kindred spirit. 'Saturday Night Live' even now is a cultural touchstone, but the jacket this man was wearing was a silver retro-style number from the late 1970s. If so, then I think this fan might have been disappointed when he finally laid eyes on the show. John Belushi died decades ago. Like me, this new-found capitalist wasn't looking for 'somewhere' but 'somewhen.'