Zen and the Art of Motorcycle Maintenance

We bought a new car from a car-yard about six months ago... well, it was new for us, but second-hand technically. It runs pretty well now, but trying to get the company to fix problems we encountered with the car under warranty was a harrowing experience. It's only now that I am able to look back and laugh at how comically inept almost everybody involved with the business seemed to be. If I was a small-minded and petty man, then I would name and shame the company, so, seeing as I am - let me reveal it to be Preston Motors at Essendon. 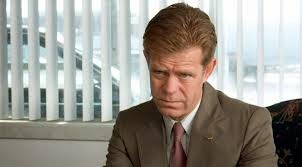 I should have known things were going to be tough when the salesperson bore a strikingly similar demeanour and beaten-down world-weariness to Mr Lundegaard from the film 'Fargo.'  He seemed to be unconcerned and simply shrugged off obvious problems I noticed were wrong with the car. Whilst this did not instill confidence, we cautiously decided to buy the vehicle on the proviso that these problems would be fixed. They were eventually, but only after constant prompting from us. I have never seen a business so un-enthused about someone offering to give them large sums of money. Was I right in thinking they even offered us 'Truecoat' at some point?

Anyway, after we bought the car, other problems were revealed. We had a three month warranty, so we didn't consider it to be a big deal. It wouldn't have been either, if they were able to diagnose the problem correctly, keep us informed about what repairs were going on and offer us some support in terms of a courtesy car for the duration of the repairs.

They did none of these things. The front counter team seemed friendly enough, but they also had a habit of developing amnesia whenever I called their office. This seemed strange to me, because you think they would remember someone who regularly blew-their-stack every time they called. Maybe this is not uncommon. Every time I spoke to the manager, it felt like I was Homer Simpson talking to Mr Burns. Once again he had forgotten my name, even though we had met hundreds of times before.

Ultimately, I suppose they did everything they were contractually obliged to do, but the seeming lack of concern and feet-dragging made the whole experience completely exhausting. 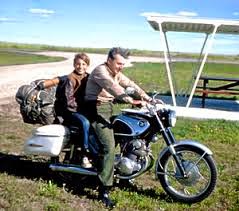 It's situations like these that usually remind me of the book 'Zen and The Art of Motorcycle Maintenance', which I read in my early twenties. I can't say that I can actually recommend it, because it's one of those hippy metaphysical tomes such as 'Jonathan Livingstone Seagull' that feel like they belong to a bygone era and scarily verge on one of my most hated of literary genres: The self help book. There's nothing wrong with people helping themselves per se, but I object to one-size-fits-all solutions to difficult life problems.

Anyway, one of the themes of 'Zen' was the search for 'quality' and what this means. The book uses motorcycle maintenance as metaphor for dealing with life's problems as they arise and the quest to fix them in the best manor possible. This sounds like a worthy quest, but the protagonist's obsession with maintaining and improving on this quality ends up sending him mad and ultimately needing electro-convulsive therapy. I want the people who sold me the car to be more interested in quality, but even I don't wish this sort of cruelty to befall them. Perhaps some of the slack-jawed, lethargic salespeople at Brunswick Street, Fitzroy could use the occasional jolt, though.

I suppose it's important to make a distinction between 'quality' and perfection. I don't expect perfection. In fact, I don't think such a thing exists. People try, of course and one of my personal movie heroes is Stanley Kubrick. I came across a quote from him the other day - 'You either care, or you don't.' This blew my mind! You really can see in his films that he put 100 percent in everything he did and also expected no less from others. It shames me to admit it, but if I had ever worked with Kubrick in any capacity, then I probably would have been fired the first day. 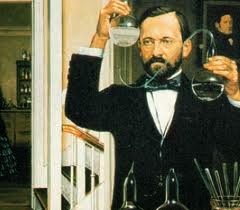 The most common complaint about Stanley Kubrick films is that they feel too 'clinical.' Whilst this is something I admire about his films, I can also see that it is a genuine criticism and a lot of other things I appreciate in life are enjoyable because they are 'imperfect.' I prefer music that doesn't always sit on the beat, enthusiasm that trumps technical ability and drawings done by my 5 year-old daughter. Hell, Louis Pasteur wouldn't have discovered Penicillin if he hadn't been lazy and left a mouldy orange out on a bench for too long!

Ultimately in the book 'Zen and the Art of Motorcycle Maintenance', the protagonist comes to the conclusion that you need to find a middle ground between the 'romantic' notion of living in the moment and the need to diagnose problems before they happen and appreciate technical quality.

Maybe Stanley Kubrick is right - either you care or you don't - but caring isn't an absolute and you need to accommodate the human element and happy accidents.

With this in mind I think everyone should care about what they do... except for used car salesmen - this is too much to ask - All I expect from them is that they give the impression that they care. 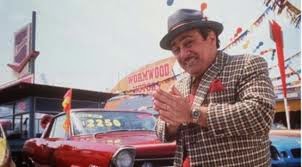