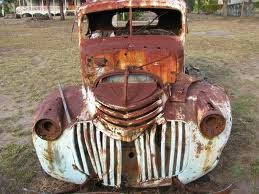 Jerry Seinfeld was right when he said 'If your body was a car - you wouldn't buy it.' The maintenance required is ridiculous. Especially after the age of 40.

Until a couple of weeks ago, I hadn't been physically ill for a number of decades. Sure, there was the occasional flu and inevitable hangovers resulting from endless nights of self abuse, but other than that I had pretty much considered myself to be 'right as rain.'

My usual strategy when getting the flu is to just ignore it and push on regardless - like some sort of stiff-upper-lipped infantryman in World War I. Unfortunately, during a recent battle with a cold, the enemy overpowered my unknown soldier and I quickly developed pneumonia.

Perhaps it had not been a wise idea to go on a 10 kilometre run a day after missing work with a chest-cold? Nevertheless, I stand by my mantra that it 'seemed like a good idea at the time.'

I consider myself to be quite optimistic and the positive experiences I took away from my illness included: a relaxing five-day bed rest, catching up on the last series of Mad Men and a comical encounter with a mouse while waiting to have X-rays at the local hospital.

More than anything, though, I took the opportunity of being sick as a way of recalibrating what the term 'sick' meant. I hadn't been sick for so long that I was worried I might have accidentally and unknowingly been in a constant state of sickness. How does anyone know what 'sick' is if they are always 'well?' For all I knew I was constantly at deaths door. My 'normal' might have been someone else's 'wretched.' 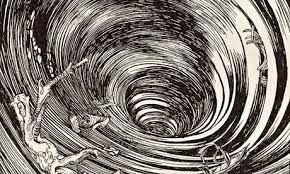 Luckily I was able to identify the symptoms of 'no energy,' 'a persistent cough' and 'a throbbing pain in my head' as being 'unusual' and decided to seek medical advice. I was prescribed a course of antibiotics. These, combined with feverish sweats and codeine, had unexpected results when it came to thoughts and dreams over the course of my illness. I had descended into the maelstrom of sickness and desperately clung to thoughts as if they were flotsam and jetsam that would buoy me back to health. Unfortunately, in my weakened state I found it hard to separate moments of clarity from mad delusions.

My usual dreams of teeth falling out and being late for exams were supplemented by visions of giant babies eating rusted playground equipment and entertaining the thought of becoming an evil alien overlord. These dream scenarios all seemed equally vivid and plausible. At one point I even considered the option of moving to Zimbabwe as a perfectly sane and reasonable idea.

After a few feverish days, however, I awoke from a cold sweat one morning into a moment of clarity. Maybe it was a state that christians might term 'born again.' Feeling marginally better, I considered the possibility that I was 'on the mend' and in that moment a truth was revealed to me as if trumpeted from angels on high. The truth was this: "Nothing feels as good as feeling well!"

Instantly I hatched plans to stop drinking, eat better and use my time more efficiently. Maybe I would even start being nice to people. The possibilities of the good I could do in the world seemed endless  - as long as I could just find a way to get out of bed and stand up for longer than half an hour.

Of course, my symptoms improved rapidly as the antibiotics took effect and unfortunately my mind just as rapidly returned to its usual 'well' state. Thoughts of being healthy were replaced with a desire to have 'fun.' The longing to return to the cold night air and the unhealthy lifestyle that had contributed to my downfall is a phenomenon I can only speculate as being similar to the mindset of someone that has survived an airline disaster: To truly get over the disaster you have to face your fear and get on board another flight.

Author Stephen King did something similar when he was run over while walking along the road near his home in Maine. He decided to buy the truck that had hit him so that he could wreak his own vengeance and take control of his own destiny once more by personally beating the crap out of the vehicle.

In a similar way I had to return to my old life and claim my own destiny. I had to once again return to being king of my domain where a pint of Coopers was my Chalice and a greasy kebab at 1am was my sceptre.

I'm happy to be back to my usual state, but part of me hopes that next time I'm sick my epiphany to strive for constant wellness will stick.

Another part of me is mistrustful about listening to the ramblings of a fevered mind.

After all, there's no way I'm moving to Zimbabwe!