What was the question, again?

At work this week we had to complete an online test regarding harassment. It described morally dubious scenarios followed by a set of multiple choice questions. I consider these tests simple to pass if you possess a modicum of common sense, some social skills and no sociopathic tendencies.

It wasn't as easy as I expected.

Anyway, I approached this test in the same manner as any number of standardising procedures I've encountered since my school days. I went in feeling confident of my knowledge and what answers they  were looking for, but found the questions to be framed in a way that it made me reconsider my answers and end up choosing the wrong ones. I call the syndrome 'snatching defeat from the jaws of victory'. I passed the test - luckily - but it made me despair that I even got one answer wrong. 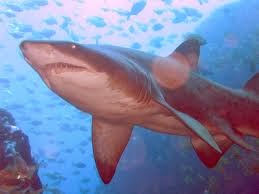 An example of this kind of self-destructive thinking could be best illustrated by considering a question I was asked in a test I sat for a university entrance exam. On the surface it was a simple mathematical question where I was asked to calculate the weight of a fish given certain information. Later in the question they referred to the fish as a shark. This threw a spanner in the works.

"Is a shark a fish?" I thought to myself.

"Surely, they have cartilage instead of bones?"

"Does that put them into some other aquatic animal category?"

Before I knew it, I had wasted ten minutes on one question. I decided (correctly) that they were looking for a purely mathematical answer instead of 'A shark is not a fish' - which would have been wrong, anyway (I looked it up).

I don't know what this sort of thinking says about me. Is it good that I look for deeper significance in what was designed to be a straightforward question?

Am I paranoid that the world is trying to trick me?

Am I genius who sees connections others don't?

Ultimately, I think that I'm no different to anyone else and I sometimes put too much significance on the wrong things. Since the test, I've become more aware of examples in society where others have looked for an answer and ended up getting the question wrong. The constant barrage of advertising over the Christmas period made me come to a conclusion about our current capitalist society: 'People these days seem to be interested in products more than their content.'

I came to this conclusion as a result of my post-Christmas capitalism malaise, where I really didn't get as excited as I wanted to about big ticket items released in the second half of last year. 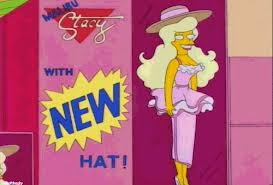 My suspicions were aroused by the new Apple iPhone. Surely releasing a device in several new colours, with the only new security upgrade being fingerprint recognition to meet some arbitrary product release deadline, is the equivalent of The Simpsons releasing a Malibu Stacy doll with a new hat just to draw the attention away from other competitors?

I desperately wanted to giddily wait in line to get a new iPhone like an excited little girl and claw at someone's face rather than not be the first to possess one, but some stray Marxist DNA must have prevented me from falling for this capitalist con.

Being able to access the internet on a smart phone is great, but to me, no phone company has thought of anything as revolutionary as texting. The joy of telling someone something without having to actually speak to them was very liberating. The ability to ignore people is equally as liberating. It's hard to think of some feature a phone could possess nowadays that could be as revolutionary. Instead, Apple seems to be focussing on marketing rather than thinking of useful features.

Similarly, I was less-than moved by the new X-Box One. It's clunky design left me wondering where to shove the coal in to make it run; but moreso I was wondering what possible features it could have that would make it superior to any other product on the market. Despite the obvious advances in graphic capabilities and internet connectivity, there have really been no advances in first-person shooter games like 'Doom' that have been around since the 1990s.

At this stage, for me, the best feature of a game console would be some sort of cerebral implant that left me not feeling guilty for the hours I invariably would waste playing a game. I would also need some way to extend the brief seconds of euphoric victory I get when completing a game before the inevitable hollow remorse felt when I realise the victory has no real-world implications.

These are both examples of people fetishising the product when what they really are craving is better content.

Even companies like Spotify who actually provide content seem to have the question wrong. They boast that they provide millions of songs for your listening pleasure, but what's the point in that? I would argue that anyone who enjoys listening to that many songs and feels equally moved by all of them is at best a robot and at worst a sociopath (see first paragraph).

Companies spend so much on research and development that they need to be sure they have a big hit when they release a product. This results in content being dumbed-down to such an extent that nobody really gets the maximum enjoyment out of products such as computer games and Hollywood movies. In the search for a 'hit' they are ensuring that nobody really enjoys the product. That's why TV is faring a lot better these days because cable stations can afford to appeal to niche markets.

We live in a post-modern world and maybe this lack of focus on content is simply a symptom of all the classical storylines having played themselves out. The ancient Greeks said there were only seven stories anyway, so I guess we had a pretty good run for a few thousand years.

Even if this is true, I consider myself a pretty eclectic dude, so I like the idea of being able mix and match ideas from the rich wealth of culture we have accumulated over the millenia...  surely there is an infinite number of permutations of ideas and we're not at the point where we have recycled so many that we have reached some sort of cultural end game? I'm not a purist, and I can see no problem with incorporating ideas from the past to make something new, just as long as we don't insult consumers' intelligence and end up with something like Baz Luhrmann's 'Romeo and Juliet' (or any Baz Luhrmann film).

The possibilities are endless. All we have to do is remember what Kevin Costner said quoting Lewis Carrol in a movie about JFK by Oliver Stone: 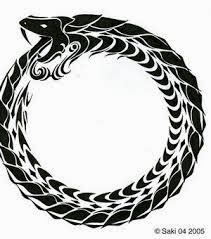