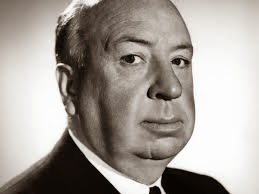 I usually like to indulge myself and buy a Blu Ray box-set to watch over the Christmas holidays. This year I purchased 'Alfred Hitchcock: The Ultimate Collection' to watch at my parents' house in Brisbane during our two week stay. My thinking was, at the very least, it would be a couple of hours of uninterrupted 'zone out' time to avoid awkward family conversations, nurse hangovers, or avoid the Queensland heat. It turned out to be quite engaging for everybody - It was a Christmas miracle!

My favourite memory of Christmas this year was sitting down as a family and watching 'Psycho' - even my five year-old daughter enjoyed it! I contemplated how shocking the film must have been in the sixties when it was released and how matter-of-fact the idea of a psychopathic killer with a multiple personality disorder is now. How times change.  I think the best way to enjoy these movies is to remember the historical context of the time and that ideas which seem outdated now were actually quite progressive back then. We need to remember it wasn't that long ago that people were shocked because 'the butler did it' or creepy little kids 'saw dead people.' 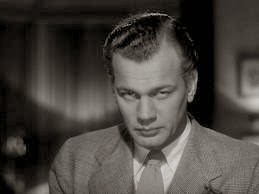 I was pleasantly surprised to discover that the earliest film in the collection is actually one of the best - 'Shadow of a Doubt.' According to the booklet accompanying the Blu Ray, it was also Hitchcock's favourite. It's theme of evil bubbling under the surface of suburban middle-America is reminiscent of David Lynch's 'Blue Velvet'. Joseph Cotten's simmering 'Uncle Charlie' is almost as creepy as Dennis Hopper's character in Blue Velvet, although not as wildly camp and over-the-top.

Similarly, 'Saboteur' seems to serve as a template for a lot of chase films to come and even for Hitchcock's own 'North by Northwest' (which isn't included here). The film that seems to borrow most from 'Saboteur', however, is 'The Fugitive', with obvious themes of a man on the run from the law attempting to prove his innocence by catching the man who is actually responsible. 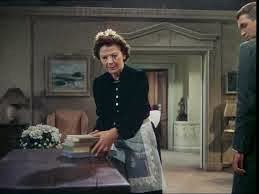 'Rope' in my opinion, is one of Hitchcock's best because it is set in one room, has only a few characters and is a relatively straightforward story. These types of films give Hitchcock the chance to work within his limitations and be a bit more experimental. In this film the camera really is another character and my favourite shot is one that lingers on a chest in which a dead body is concealed, while the main characters talk off-screen, oblivious to the fact that the maid is clearing away some books and about to reveal their crime.

The successful collaborations with Jimmy Stewart are also featured. Watching 'The Man Who Knew too Much' made me for the first time realise that I was watching Blu Ray and not a fuzzy cathode-ray image, like I had seen when I was a child. I find watching a Blu Ray isn't always a good thing and can often take you out of the story.

In 'The Man Who Knew Too Much' I was constantly distracted by the amount of blue screen shots that Hitchcock used, mainly because they obviously were on location in the Marrakech, but then suddenly it would revert to a studio recreation. I checked on the special features and found that Hitchcock was notorious for hating to film on location, but also on this occasion their filming schedule was interrupted by Islamic holiday of Ramadan and they were forced to pick up some shots in the studio.

Similarly, I realised for the first time what a beautiful and intricately constructed set 'Rear Window' was filmed on. It's great that Blu Ray allows you to see details you normally wouldn't, but it takes a bit of training to teach yourself not to focus on these and stick with the story. 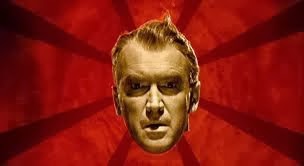 'Vertigo' is the film that everybody talks about these days. British Film Institute judges bumped perennial favourite 'Citizen Kane' in favour of 'Vertigo' as the 'best film ever made' last year, which, to some, has been a controversial decision. There are certainly some innovations which are now standard such as the 'dolly zoom' effect and animation to depict his character Scottie Fergusson's mental state. These effects can appear quite laughable to a modern audience, but again, you need have to watch them from the point of view of the audience of the time.

The thing that still resonates with Vertigo, for me, is the theme of obsession and identity. Fergusson, wracked with guilt after failing to save a woman he loved from falling to her death, is obsessed with  changing a woman who is a dead ringer, into the woman he lost. Cleverly, Hitchcock informs the audience through a phone conversation that it actually is the same woman and she was playing a character all along as part of a murder plot. It makes the transformation all the more excruciating to watch. Who exactly did Fergusson fall in love with?

To modern eyes, a lot of Hitchcock's films - including Vertigo - seem to have pacing issues. Vertigo ends in the sudden death of Kim Novak's character. Modern audiences expect some sort of epilogue, but in this instance it just cuts to the credits. If Hitchcock had made 'Alien' - which certainly is indebted to his masterful use of suspense - then the film would have ended when the 'Nostromo' exploded and there would have been no final act where the alien was actually aboard the escape craft.

'The Birds' also has an abrupt ending where the survivors simply just 'leave' in a car. It seems a little anti-climactic after the first half of the film is involved in intricate character development. Big concept horror films to come, sadly, seem not to be concerned with the 'character' element of the story at all.

The one script that I believe still resonates with modern audiences is 'Psycho'. Mainly because it wilfully subverts audience expectations at almost every step of the way. It starts off as a simple story of a femme fatale stealing some money from her boss and fleeing across country, only to suddenly become a murder-mysery in the second act when the heroine is famously dispatched by kindly motel proprietor Norman Bates (or was it his mother?) 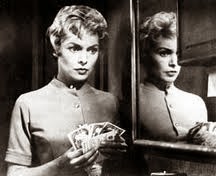 The policeman investigating the case is also unexpectedly dispatched before finally the femme fatale's concerned sister discovers the grisly truth. There are so many red herrings and unanswered questions, but I wonder what actually did happen to all that money that was rolled-up in newspaper and hidden in the night-stand next to the bed?

Curiously, The only unnecessary element of Psycho is the epilogue where the police chief explains the nature of Norman Bates' mental illness... Please - even my five year-old daughter knows what a psychopath is!

The last four or five films are not among Hitchcock's most celebrated, but there is still a lot there to love. 'Marnie' is probably among the most famous, but for me 'Frenzy' is the most successful because Hitchcock filmed it in England where he obviously felt comfortable. Times had changed, however, and Hitchcock's attempts to appear 'edgy' (was this the only Hitchcock film to feature nudity?) felt a little bit forced in an environment where the Hollywood studio system was collapsing and films such as 'Apocalypse Now' and 'Easy Rider' were now leading the way as part of the New Hollywood.

To me the Leon Uris-penned cold war thriller 'Topaz' is the least successful of these later films. It's too sprawling and epic for Hitchcock's sensibilities. It's understandable that he would try and appeal to modern audiences who had become hooked on James Bond and international spy thrillers but, to me, it is the intimate stories and discrete locations that allow Hitchcock to weave his magic.

Hitchcock's final film 'Family Plot' does a lot to rectify these excesses and is quite an enjoyable and lighthearted film. What could have been a heavy kidnapping plot is subverted by a wonderfully goofy performance by Bruce Dern and even the villan William Devane is so over-the-top camp that it is hard to hate him. It's not Hitchcock's best film, but it is a fun note to go out on.

Having come to the end of this blog, it suddenly occurs to me that maybe Hitchcock was right - some stories don't need an Epilogue - the content speaks for itself! If there's one thing I can take away from watching all these films is that style and fashions change over the years but wit and insight are perennial. Therefore let me simply say: 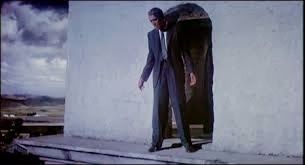