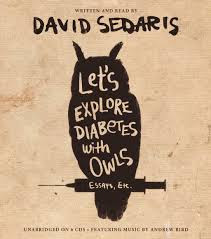 I've tried many artistic pursuits during my time on this planet - to varying degrees of success. I've tried to write songs, paint pictures - I even tried to direct short films. I think I learned the most about myself and the artistic process through trying to make short films.

This is not a good attribute for a director!

My final film project at university was quite a big undertaking. Unfortunately, I went into it trying to micro-manage every aspect of the production, instead of trusting others and explaining what needed to be done. I'm a bit like Kevin Rudd in this respect. Hopefully, now that Mr Rudd is Prime Minister again he's changed his ways - Unfortunately, I don't think I have.

When making a film, it's quite easy to expend a lot of effort on a good idea with the results still ending up lousy. I have experienced this first hand. It made me respect the work ethic and imagination required to make something truly 'good'. Now that I'm older, I think this experience also made me see art differently than most people my age. I should, by now, have hardened into a dismissive, crotchety old grouch - and god knows I can be at times - but I have also become more accepting and encouraging of most people that pursue an artistic path. Unlike the majority of internet trolls, I don't bother commenting on things that don't fall within my realm of interest. It's not for me to say whether 'One Direction' have any artistic merit, as I am not a ten year-old girl. I can accept this!

I've followed David Sedaris for a few years and have always found his work amusing, touching and accomplished. I'm envious of him to a certain degree. He's become part of the cultural zeitgeist through merely articulating his thoughts about his life and the world. After being unable to control a group of half-drunk university students to make a film, a solo artistic pursuit which still manages to resonate with people sounds greatly appealing to me.

I am by no means a Sedaris completist. I've read 'The Santaland Diaries', 'When You Are Engulfed in Flames', 'Squirrel Seeks Chipmunk' and have an audio-book of 'Naked'. I've enjoyed all of these. I'd love to see Sedaris do a live reading one day, because I think the gleeful campness of his delivery in 'Naked' really puts my own internal monologue to shame when I'm reading his novels.  'Squirrel Seeks Chipmunk' is perhaps a silly diversion, but elements of it turn up in his new book 'Let's Explore Diabetes with Owls.' In 'Owls', Sedaris' usual self-reflective essays are interspersed with stories in which he adopts a character. Aside from these amusing diversion, though, the rest of the book is classic Sedaris.

The book get's a respectable four stars out of five on Amazon, but I found it interesting reading some of the comments - particularly the negative ones. It feels like a lot of readers aren't willing to accept that Sedaris as a writer can develop. Certainly, his earlier work created a lot of interest because of his unique world view as an obsessive-compulsive gay man with a wry sense of humour, addiction issues and a bizarre extended family. This, combined with a well-documented stint as a Christmas elf has provided Sedaris with a wealth of material to draw from for his books.

Some of the comments in Amazon have accused Sedaris of running out of ideas, but I think these people are simply unwilling to accept that Sedaris' world view might have changed now that he is a successful 'grown-up' in his 50s. For a start, he's now famous and has managed to kick his alcohol and drug addictions which have been well chronicled in 'When you are Engulfed in Flames'. I personally think it's hilarious that now he has defeated these particular demons, his obsessive-compulsiveness and self-destructive properties have been better utilised cleaning up garbage in Cornwall, which he documents in the story 'Rubbish'.

His attitude towards his family also has softened. Instead, he seems to have channeled that vitriol towards political and social targets. In 'Obama!!!!!', Sedaris discusses being an ex-pat American and how his then home of Normandy in France assumed this meant he was bigoted and racist. Elsewhere, he adopts the point of view of a gun-toting psychopathic redneck in 'I Break for Traditional Marriage' and the persona of a dim-witted plackard-wielding Tea Party member in 'Health-Care Freedoms and Why I Want My Country Back.'

The political jibes are funny, but I concede that it's dangerous territory for someone who is known for essays about his personal life. Also, I'm sure that anyone picking up a Sedaris' book would be sympathetic to his world-view already and it reads a bit like a case of preaching to the converted. As persuasive as he can be, I don't think Sedaris is going to reform any right-wing nut-jobs any time soon. They probably would've stopped reading way before they got to these stories anyway.

In my opinion, Sedaris' real strength is seamlessly tying together disparate themes. I especially enjoyed the story 'Laugh, Kookaburra', possibly because it involved a visit to Melbourne, the city where I live, but mostly because he contrasts the feeding of a Kookaburra with a childhood memory of singing with his sister that ends with a punishment from a wrathful father. A visit to the doctor to get a colonoscopy - surely a most gruesome premise for a story! - in 'The Happy Place' is handled delicately, when a suggestion by the anaesthesiologist to think of a 'happy place' delves into a reverie about what the happiest places in his life have been.

'Day In, Day Out' is a story about a friend's seven year-old son, who has taken to copying Sedaris' to such an extent that he even starts taking notes in the same manner. This leads Sedaris to reflect on the diaries he has been keeping over the past 35 years and how his writing has evolved. It's amusing that he recalls what drugs, people, and mental states have affected the tone of his writing, but more than anything, it makes me appreciate that he treats writing like a craft in a time when craftsmanship really is under-appreciated.

I don't think Sedaris is beyond criticism, but I think some of the online negative comments on Amazon miss the point. I like the journey more than the destination and I can't think of a time when I wouldn't be interested in what Sedaris has to say. Every book is like visiting a friend and sometimes friends say things that you don't necessarily want to hear - but it's always great to see them!

Of course, I understand the appeals of nostalgia and how certain art can remind you of a particular happy memory or time of your life and how you wish certain memories would just be frozen in time forever...

Heck, after writing this blog I'll probably put a vinyl record on from my collection that is simply duplicates of tapes I owned when I was 15...

Maybe I should just go out and buy a tape player?...

Do they still make wax-cylinder gramophones?