There comes a time when everyone should try living alone. I suggest doing this before you irreversibly fracture friendships with housemates, or worse, let them witness some of your more unpleasant personal habits. The beauty of living alone is that you can let these bad habits blossom. Personally, I was able to fulfil a life-long ambition of eating a whole roast chicken while watching TV in my underpants in the first week I moved into my own flat. This is something I would not have attempted in a share house.

The flat I moved into was in an old art deco building called 'Shawn' at Petrie Terrace in Brisbane. I revelled in my new-found independence even though ultimately 'Shawn' was a strange place to live. There were eight flats in total and they were all incredibly narrow, which resulted in my friends dubbing my new abode ‘the corridor’. It was like living in a shipping container with toilet facilities. In the whole time I lived there, I don’t think I had any furniture besides a beanbag. Whenever I invited people over, we ended up standing around awkwardly in close proximity to each other. Eventually this was no longer a problem, because when word got out about the way I lived, people stopped visiting. As I didn't spend much time at home in those days, the size of the unit didn't bother me. It was really just a place to store myself while I wasn't working or socialising. Also, the bedroom was a decent size and it had a great bathroom.

Although there were eight flats, there were only two parking spaces. These were assigned on a seniority basis. The car owners that had been living there the longest got the spots. As I was the latest tenant to inhabit the building, I was resigned to parking my old, increasingly beat-up Toyota Corona station wagon on the street. This was not a major concern for me, as the love affair with my first automobile was rapidly coming to an end.

What was more concerning about the parking arrangements at 'Shawn' was the tenant who moved in under my flat a few months after I started living there. He was a council worker who drove a large yellow bulldozer. I know this because, even though I rarely saw my downstairs neighbour, he always parked his bulldozer on the street every night below my bedroom window. This would not have necessarily been a problem if the light from the top of the bohemoth was not exactly aligned with my bedroom window and he consistently forgot to turn it off. The incessant flashing yellow light made my bedroom feel like a crime scene and, to be fair, it often looked like one, but it was not exactly conducive to a good night's sleep! 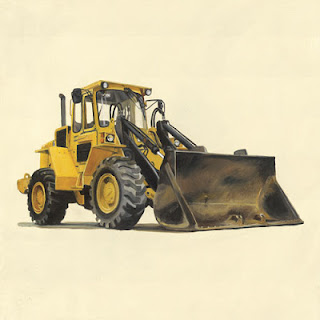 I gave him the benefit of the doubt the first few times it happened, but he consistently parked the enormous vehicle in the same spot and always left the light on. Was he trying to inflict some kind of mental torture? Maybe he was trying to drive me out so he could take over the upstairs apartment. It seemed unfathomable to me that someone could drive around in such a vehicle as if it was their everyday personal mode of transport. Did he drive it down to the shops on the weekend to get the paper? It was really weird.

I started leaving notes under the windscreen wipers begging him to park somewhere else, or at least turn the light off. The notes seemed to have little to no effect, even though they grew increasingly more hostile. I rang the Brisbane City Council and asked them what I could do about the Bulldozer, but they seemed to think that as it was a commercial vehicle, there wasn't much that could be done. The final chance to have open negotiations with my neighbour on the issue were negated one afternoon when the council cracked down on illegal parking in the street and gave every car on the road a ticket - except the bright yellow bulldozer. This meant war!

The following night I was woken by the bulldozer approaching and the familiar sound of the reverse signal beeping as the vehicle lurched up on the sidewalk. The engine shuddered to a standstill but the light still flickered rhythmically outside the window like an all-seeing eye.

Incensed, I lurched into action. Tonight was payback time! I rummaged around in the dark to find something that would cover the light and send an appropriate message to my tormentor. I found the perfect thing - an old pair of underpants! I raced outside, clamoured on top of the mighty yellow beast and fastened the underpants securely to the light. I realised instantly that the underpants merely dulled the light's impact, so I searched around for something that would more successfully do the job. I grabbed an old box from near the garbage bins. This time it did the trick. Almost immediately after I had covered the light there came a round of applause from neighbouring houses. It was nice to know that I wasn't the only one who was at the end of my tether and I felt vindicated as I lay in bed that night in the bliss of total darkness. 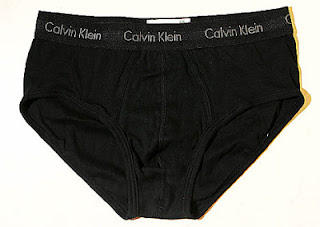 The next morning I awoke and went outside to examine my handiwork. The box had blown off the light during the night - but it was no-longer flashing. The insulation the box provided must have caused such intense heat that the plastic light had melted. My underpants were now fused with the yellow plastic and the resulting mess looked like someone had encased a pair of underpants inside a yellow jelly mould. This wasn't something I had anticipated - yet I found it pleasing. I felt a little bit dangerous.

My feelings of hostility towards my neighbour and glee at the demise of his light did not really subside until about a week later. I saw the man in the tiny backyard of Shawn playing with his two children. I hadn't realised before that he had kids. They were laughing and running around the clothesline where it was rumoured a lot of underwear went missing at night. It occurred to me that a lot of activity in Shawn seemed to revolve around underpants. Nevertheless, a father playing with his children was quite a touching yet sad little scene. I was still mad at the guy but, irritatingly, he now seemed more human.

I think about this neighbour quite a lot. Whenever I read some mean online commentary thoughtlessly and hastily sent off into the aether without thinking of the situation or the feelings of the recipient, it reminds me of myself, thoughtlessly vandalising someone's property without having the courtesy or courage to confront the person about the issue face to face. I stopped living at Shawn in the year 2000 and since then I think people have become even more socially isolated and insensitive. Maybe the internet makes us all a bit dehumanised.

If I'd gotten to know the guy I might have found out he was just a poor working stiff who was a bit down on his luck.

Maybe he was a really good father who couldn't afford a place big enough for his kids to stay over.

Maybe he came home so exhausted from work that he never remembered to turn the light off on top of his bulldozer.

One thing I do know for certain...

He was a lousy neighbour!