I'd like to think I'm pretty forgiving of most people's faults, however, I just can't stand it when people are late. If I had to trace this hatred for tardiness back to its origin, I think I'd find it evolved from almost any family holiday I've ever taken. We just never could get away on time!

No matter what the destination, there always seemed to be some incident that would arise to delay our departure, usually involving arguments over the ridiculous amount of paraphernalia we would attempt to pack for even the shortest holiday. After a long and laborious process of spacial visualisation, we would depart several hours late and then sit in stony-faced and cramped silence in the car for several hours until we reached our destination.

One particular holiday debacle has always stuck with me. I don't remember where we were going, or any events on the holiday, but I vividly remember the comedy of errors that led to this particular late departure. 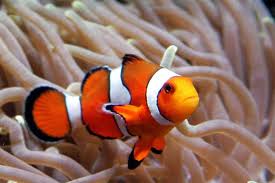 I suppose I would have been about ten years old when we were preparing for this fateful trip. We had no pets that required high maintenance, but I had a salt-water fish tank in my room in which I kept some semi-exotic reef fish which included a star fish, a sea anemone, a clown fish and a blue damselfish that had a striking yellow tail. Perhaps rather incongruously, I also had a whiting which I had caught fishing. It was too small to eat. He ended up being a pet instead! It sounds pretty weird in hindsight. Why didn't we just get a dog?

Anyway, my father and I had to move the fish tank downstairs to the garage, so the neighbours could feed the fish while we were away. We emptied about half the water from the tank and stored the fish in a bucket until we had completed the transfer process. Unfortunately, we were over-confident in regards to our furniture-removal abilities and the shifting weight of the water caused the tank to slip from our hands after only a few steps. The tank smashed on the floor, resulting in saltwater, seaweed and rocks being strewn across the carpet and sentencing my fish to a hellish existence inside a cleaning bucket.

My dad must have noticed the look of horror on my face and in that instant decided that the mission brief had changed. The fish were no longer simply being transported to another area of the house - now they had to be rescued! My fish were like the astronauts in Apollo 13 - there had been an accident and now their lives were in danger. The moon was unfortunately no longer in their grasp. 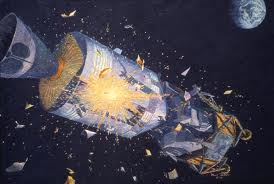 We lived about a fifteen minute car ride away from Cleveland Point at the time. My dad and I decided our only rescue option was to release them back into the bay. We parked near the boat ramp at Cleveland Point. The tide was partially out, revealing an expanse of thick grey mud, perpetually slimy rocks  and sharp mangrove roots grasping towards the sky. We took our scaly heroes down the slippery concrete boat ramp and released them into the shallow murky waters.

The whiting took off into deeper water straight away, no doubt pleased to be back in his natural environment. My other reef fish were a different story. They languidly drifted about, not seeming too sure what to make of this new world. Their bright colours were a striking contrast to the dull-grey of the Cleveland Point mud, which made them appear especially vulnerable.

The astronauts had been rescued and returned to earth, but it seems the world had changed around them. They were probably expecting bright corals, clear waters and a vast variety of oceanic life that you might expect on The Great Barrier Reef. Instead, they now resided in shallow murky water that seemed to stretch on forever, concealing all manor of hidden dangers.

My dad assured me that the fish would be alright, but I had my doubts. It seemed we were about to go on holiday, but the holiday was over for my beloved pets. This incident may have contributed to my life-long hatred for tardiness, but the secret hope that my fish survived only helped to fuel my belief in self-delusion. 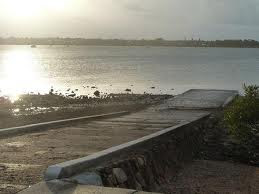