A Year of Trev's Treehouse! 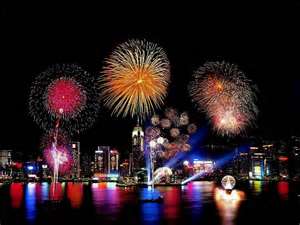 Here it is, friends - the fulfilment of a New Years' resolution from December 31, 2011. One blog-post every week for a year. I must say, I think it's the first resolution that I ever managed to keep. It feels pretty good.

It sure has been a lot of fun to do on weekends and helped me clear some of the cobwebs from my brain and articulate some thoughts that had been swimming around in the aether. Even weeks when it seemed like a pointless exercise were helped by the encouraging words from loyal fans on Twitter and Facebook - you know who you are - Thanks!

When I started, I considered one blog-post a week to be quite a daunting task. I found that once I started, other ideas sprang to mind, so there was never a short supply of things to write about. It also occurred to me during the course of the year that real writers write every day. Writing for one day on the weekend is not really that much of a work-load.

As for consistency of quality, the words of comedian Ben Elton come to mind. He was interviewed several years ago on the Andrew Denton program. Denton asked Elton a rather astute and forthright question mildly disparaging the quality of Elton's work when compared to the sheer volume produced. Elton's simple response was 'I don't think if I had done any less that I would have made something better.'

I didn't agree with this for years until I started writing this blog. I always thought pursuing any art form consisted mostly of divine inspiration, but I came to realise that waiting for inspiration often means essentially doing nothing. This goes for any other artistic endeavour I have tried over the years. There is a massive element of craftsmanship involved in any art produced and it is important to keep those skills honed. Elton wouldn't have produced something like 'The Young Ones' if he had not worked consistently and was lucky enough to find himself in a position where inspiration and craftsmanship coincided. 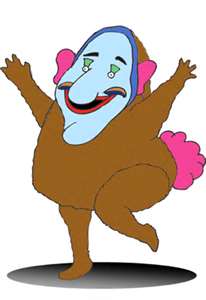 The other person which springs to mind at this all-important crossroads is Jeremy Hillary Boob PHD,  an animated character from the Beatles' film 'Yellow Submarine.' He is the quintessential 'Nowhere Man' from the song of the same name. Jeremy spends his time making poems, writing novels, composing piano concertos and painting pictures, whilst whiling away his time in 'Nowhere Land.'

I always feel a twinge of guilt every time I hear the song 'Nowhere Man.' The only element of the song that offers some comfort is the line 'isn't he a bit like you and me.' John Lennon sang that line! Maybe if he considers himself a nowhere man, then I'm not doing that badly after all.

Looking back on my earlier blogs, it occurs to me that they are stylistically similar to the more recent ones. Hopefully now they flow a little bit better. Over the course of the year I can honestly say I came to loathe any comments I made in parentheses and now try to avoid them at all costs (they still slip in from time to time.)

Also, I don't think I really succeeded in my quest to find out what a semi-colon is supposed to be used for and whenever I encounter them in my blogs they seem to be rather shoe-horned in. I suppose this is why successful writers have editors.

My advice to anyone wanting to write a popular blog would be to consistently write about one category. I find these boring, but a lot of successful blogs seem to stick to a theme. Originally I was going to call this blog 'The Long Bow' as I thought the one consistent thread in all my writing seemed to be that I tend to end up a long way from the initial starting point of the subjects I write about. Maybe this would have caught people's imaginations? Who knows?

The weekly deadline did take me to unexpected places and some interesting asides that I'm quite proud of include the political commentary of 'I Don't Know' and 'Thanks for the Advice, Gina!', the post-apocalyptic musings of 'Omega Man' and 'A Portrait of the Artist' as well as heart-on-sleeve confessionals of 'Hello You!', 'Bad Hair', 'Here We Go' and 'This Unsporting Life.'

As for reviews, my greatest success is still The Kinks' review contained in 'This is Hardcore Preservation Society Part 1', but I am most proud of the 'George Saunders: The Brain Dead Megaphone' review which was initially  not a popular blog, but has grown consistently in readership over the months.

There wasn't a big focus on art, but I thought my overviews of 'Robert Hughes' and 'Jeffrey Smart' accurately portrayed my understanding of both men. There was, of course, several self-indulgent autobiographical essays which hopefully made sense outside of the confines of my own reminiscences. These included 'Remembering the Village Twin', 'My Greatest Literary Achievement' and 'Apollo 13.'

It occurs to me that I now operate in the exact opposite manner to when I was a child. When I was little I would try anything. One week I wanted to be a soccer star, or else play the bagpipes or be a gymnast. All of these things I would give up almost instantly. These days if I start something I tend to stay with it no matter what. Surely there is some merit in quitting at the right time and knowing when something has run its course? It's something I have yet to learn.

Until then there are still poems and novels to write, piano concertos to compose and pictures to paint.

My New Year's resoltion is complete.

I'll probably see you next week.