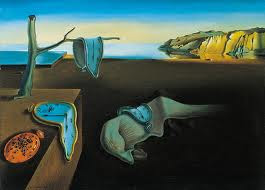 A while ago I was browsing through my favourite record shop, 'Round and Round Records' on Sydney Road at Brunswick, when I was surprised and delighted to find an old friend working behind the counter. I offered a friendly 'hello' and a warm smile that only comes effortlessly through years of acquaintance. I was surprised to find that my 'friend' behind the counter didn't return my affections and remained stony-faced. Sure, we had never been especially close, but what had I done to deserve this scorn?

It was then that I realised the person behind the counter was merely a doppelganger of someone I had met twenty years previously.  In a different city! I felt mildly embarrassed and explained to the man that I had mistaken him for someone else. For some reason, I also asked if the man knew my friend. Of course he didn't, but said he'd look online to see if he could find some pictures. I begged him not to look while I was still in the store; after all, my friend was now 20 years older and didn't look the same. Maybe the record-store clerk might have taken offence?

My embarrassment would have been more severe in this situation if this sort of thing didn't happen to me all the time. I often find myself walking down the street and waving at people I think I know, only to realise after passing them and receiving a blank stare, that I'm imprinting on strangers the faces and personalities of people I've met long ago, as if time had suddenly stood still somewhere in the late 1990s.

Memory is a funny thing. I don't know if I'm alone in remembering things in non-chronological order, but I suspect I'm not. I think memory to me is something like a book. When I read a book I often don't remember all the details, but the bits I like tend to stay with me and are stored away for future reference, with the less important details being discarded and slowly dissolving over time.

Incidents of mistaken identity do tend to send me on something of a lonesome reverie, though, and I find myself dredging up details of the past that are hidden deep within the memory banks. These are mostly memories involving friends and good times, but also things I wish I could forget, like missed opportunities, stupid things I've done and time I've wasted through what more generous people might refer to as my 'laconic' attitude to life. I have more correctly diagnosed this attitude as 'sheer laziness'.

It was during one of these recent reminiscences that an answer occurred to me regarding a question I had long considered: Why would anyone become a Scientologist? 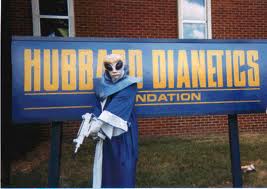 Admittedly, I know very little about the so-called 'religion', but what I do know makes it sound like a cynical bunch of bat-shit crazy money-grubbing individuals taking advantage of naive and emotionally vulnerable people. From what I understand, when you join Scientology you're expected to not bring any of the baggage of the past with you and start again as a new person. This one aspect sounds tremendously appealing. Maybe if I was freed from the shackles of my friends and family, my past and, invariably, my immense wealth, would I be truly free to fulfil my potential and become... What, a senior member of the Church of Scientology?

Hmmm... Doesn't sound as appealing as I first thought. Maybe my past isn't dark enough to warrant me taking such drastic measures. It seems I'm not yet vulnerable enough to be preyed on by such an organisation. Perhaps after I've murdered someone and can no longer live with the torturous memory, then I might reconsider my position. Until then, I think I will be happy with mildly embarrassing myself in front of strangers who I profess to know and feeling the occasional pang of guilt about things I've done in the past.