I Won the Lotto!

About seven years ago I lives in a suburb called Lutwyche in Brisbane. Our house was literally across the road from a pub called 'The Crown'. The food there was okay and most of the patronage consisted of a bunch on uninspired-looking locals who basked miserably in the gloomy atmosphere of a half-hearted attempt to fit-out the decor in an 'Irish' theme. 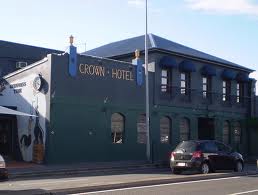 The main reason that anyone seemed to bother going to the pub was to enjoy the delights of the 'gaming room', where a plethora of pokie machines were crammed into a cordoned-off section from the main room, leaving narrow corridors for punters to sit uncomfortably amongst the whirring noises and flashing lights.

Some afternoons during the week, I would find myself at a loose end and amble on over to play the pokies and have a beer. Sometimes I would win, but more often than not I would probably lose about forty dollars. I went in quite prepared to lose this amount. I saw no real harm in this activity and only felt guilty in the same way a pigeon might, as he continuously presses a buzzer to be rewarded with birdseed in some sort of laboratory experiment.

Something happened one day, though, that changed my mind.

As usual, I was sitting at my favourite machine trying not to make eye-contact with the endless stream of pensioners that entered the establishment. I couldn't help noticing that a girl sitting next to me was unusually young-looking. I hastily glanced over and conceded that she could be old enough to be here - after all she seemed to be quite comfortable smoking her cigarette and drinking her beer. She also had the resigned look of someone who is used to gambling and losing. To top it all off - she was also about six months pregnant!

It would be an hilarious joke if it wasn't true. It's like some ghastly skit about how bad a start in life you had, which is why you could never catch a break.

"I was born to a single mother with gambling problems who smoked and drank while pregnant. Now I have severe learning disabilities and the only job I'm fit for is a politician!"

Suddenly, it didn't seem like just mindless fun anymore. The pub and the gambling industry itself seemed to be complicit in profiting from the disadvantaged. I pretty much gave up going to The Crown soon after this and now don't really gamble except for the occasional game of Keno. I'd like to say it was because I nobly took a stance against the injustice of the industry, but the truth is I think I just figured out I wasn't a very good gambler. 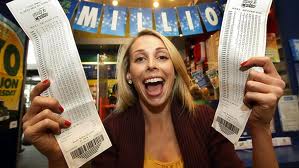 Last week, however, I reverted to my old ways. Along with around eight million other Australians I partook in the Oz Lotto super-duper mega-draw that had the staggeringly-large jackpot of $100 million. I did an online quick-pick which cost about $15 and made me feel very uncomfortable as I strongly disapprove of the ads being shown with Merv Hughes about how 'easy' it is to bet online.

After I made the bet, it annoyed me that I spent the rest of the day considering how I would spend the $100 million, even though I knew full-well that the chances of winning were one in 3.7 million. They don't call it the idiot-tax for nothing!

I fortunately know that I'm bad with money, but news reports where they would ask random pensioners  what they would do with the winnings further incensed me. Most of the answers were along the lines of 'Oh I'd go on a nice holiday and give some money to my family' - Do these people know how much $100 million dollars is? People with no imagination should not be allowed to win the prize. Off the top of my head, how about:

'I would hire someone to vanquish my enemies' 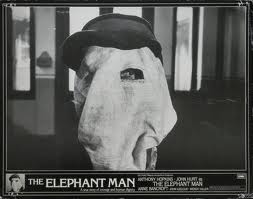 These are all good suggestions, but whenever a jackpot this size comes along it's always accompanied by muck-raking current affairs stories about people who have won the lotto and blown the lot.

Keeping this in mind, I eventually decided that the best thing to do would be to try and keep relatively busy and just live off the interest from the money. After careful consideration, I decided that buying a vineyard would be the best idea. Sure, I have no skills in farming and whenever I look at a plant it seems to visibly wilt, but, being suddenly independently wealthy, it would not matter if I made a profit or actually produced anything at all. In fact, it'd be beneficial! I wouldn't end up drinking the proceeds of the vineyard and inevitably become a bloated alcoholic corpse.

Being the glass-half-empty guy that I am, this initial rush of euphoria didn't last long. I could still envision myself winning this fortune, but I also started to contemplate the trappings of my winnings. If the fact that you had won became common knowledge, surely you would be accosted at your home by pan-handlers and charitable organisations? It's annoying being harassed by companies like Greenpeace (who I fundamentally agree with) when I'm broke. Imagine what it would be like if I actually had some money!

Security would suddenly be an issue. What if all the people that knew about my dark and sordid past suddenly decided to blackmail me? Even worse, what if someone decided to kidnap my daughter and hold her for a huge ransom? I would then have to hire some Liam Neeson-like character to get her back. Sure, I could just pay the ransom, but I don't negotiate with terrorists!

By the time the draw came around on Tuesday night, I was secretly hoping that I wouldn't win. I didn't watch it live, but I was notified of the result the day after, by email. Just as logic would predict, I had failed to win anything. My secret relief was tempered by an annoyance that in some games I didn't get a single number.

This week, I'm glad to not have that false-hope eating away in the back of my mind. If I think objectively, I really have won the lottery. I'm a fairly well-educated middle-class white man living in a pretty well-off country, I've had a relatively incident-free upbringing and now have a happy and healthy family myself. The world is geared towards people like me to succeed.

So why does it often not seem like enough?

Ultimately, I think gambling appeals to the worst aspects of people's characters. For the majority of people it's probably just greed, but the real bad guys in my opinions are the ones in charge of the gambling syndicates who feed off people's desperation, when odds are stacked so far against the punter. Ozlotto is innocuous enough and a lot of lotteries even give back to the community, but maybe these lotteries make gambling seem commonplace and harmless which could entice susceptible people to more dangerous forms of gambling.

Of course, this could all just be a bunch of sour grapes from my now-unattainable vineyard. 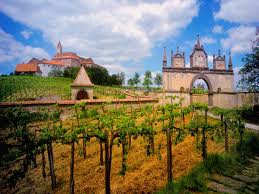 By the way readers. The title of this blog isn't as misleading as you might think. My wife Edwina actually won $48 in the lottery. This begs the question 'How much money would someone have to win before you would consider murdering them?'