A Message From God

Sorry I haven't rapped with you in a while, but I was busy watching the development of some microbial life in The Crab Nebula. Well, time got away from me and before you know it a few millennia  had passed!... You know how it is. 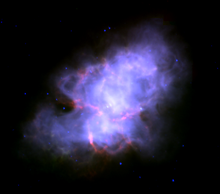 Anyway, when I left, things seemed to be going swimmingly for the human race and you were progressing well without any of my help. You'd managed to bang some rocks together, created fire, art, the wheel and were living relatively peacefully together with only the occasional neighbouring tribesperson getting their head bashed-in (which I don't really approve of, quite frankly.)

Now, I know any society needs rules if they are going to live together, (The Crab Nebula microbes could tell you that), but the amount of laws that you guys have made up in my name (many of them contradicting each other) is exhausting. A lot of them are really self explanatory such as The Bible's 'Though Shalt Not Kill' and it gives me pause to consider why I bothered making you guys sentient and giving you free will, if you can't just be reasonable and work things out for yourselves.

The strange part is, I don't remember imparting any of this perceived wisdom to you at all and you seem to have taken it upon yourselves to make life difficult. I honestly really have left it up to you to figure out how you want to spend your lives and there is no reason to pray in a certain direction, wear any silly little hats, self-flagalate or behead people that make fun of me.

It's true that when I was younger I did feel a little self-conscious and would often over-react when people called me names, but I'm an adult now and can fight my own battles. I'm now quite comfortable with who I am and can rise above any petty name calling because, at the end of the day - I'm God, god-damn it!

It's true that I'm getting-on a bit and the memory isn't as good as it used to be; I'm not even sure if there's only one of me. I might have had some brothers and sisters, which is why some of your religions think there are many gods, or perhaps I've got a split personality disorder. I can't even remember what I look like at this point, as I'm not particularly vain I don't keep mirrors around. Some of you seem to think I'm either a man, a woman, some sort of animal spirit, or even a Flying Spaghetti Monster. It doesn't worry me either way, but I'm pretty sure I'm not a spaghetti monster because I don't really care for pasta. 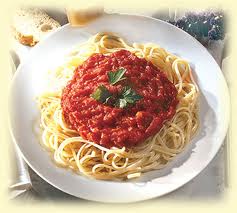 I know there are some of you who don't think I exist at all! I've considered this as a real possibility, but I would argue I do exist because in the words of your philosopher Rene Descartes, 'I think therefore I am'. If, however, my words are simply the semi-coherent ramblings of an over-priveleged western writer with too much time on his hands, then you should probably consider this theory debunked.

Anyway, if I exist or not is beside the point, because I'm not going to get involved with human affairs. I made this decision early for practical reasons. I found it impossible to grant prayers to one group of people when another group with an equally valid point were praying for exactly the opposite thing. I foolishly though you guys could sort it out between yourselves. I still hope you can.

So my advice to you is this: Don't worry about me or my feelings and instead try and be open-minded and show some empathy for other people and their beliefs and opinions. Don't get involved in things that don't concern you. Try and get a good night's sleep occasionally. For god's sake (my sake, tee hee!), if you're going to be narrow-minded and bigoted about things, then own it yourself and don't blame me.

Enjoy a sunrise occasionally and maybe go for a walk. These are nice things.

Until next time I'll see ya round.