Besides the obvious downside of never being able to see your friends and loved ones again, there is something strangely appealing to me about being the only survivor in a post-apocalyptic wasteland. Popular culture would have us believe there are three possible scenarios in which this could happen: nuclear war, an airborne pathogen or the current most popular which is the zombie holocaust.

Nuclear war is the least appealing to me because you'd most likely spend the rest of your life in an underground bunker cowering from outside radiation levels. This would be fine if you managed to store a lifetime's worth of books and DVDs and remembered to pack more than one pair of reading glasses. In the Twilight Zone episode 'Time Enough at Last' there was a scientist who finally had time to read when trapped inside a nuclear bunker but then broke his only pair of reading glasses. Oh, the irony!... Lesson learned. 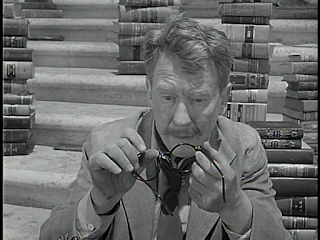 Zombie holocausts and airborne pathogens would both be fine with me as long as I had somewhere to fortify against zombie attacks and an antidote to the pathogen. It would be important for me to be in a major metropolitan city which had been recently evacuated; I don't want any recently-deceased corpses with agonised expressions showing up as grisly reminders and ruining my fun.

This leaves me free to roam about at will. I would sleep in a different luxurious house every night, drive the most expensive vehicles during the day and almost certainly read your diary. I don't think I'd get up to anything too strange - my repressed Irish-Catholic guilt-ridden background would forbid it. I might just walk around naked and see if my legs look any good in a mini skirt.

Ultimately, I would need to find somewhere safe from rampaging zombie hordes, so a trip across the ocean on a vessel such as the QEII should tide me over until their numbers dwindle. I would search for other survivors while collecting rare antiquities from around the world before returning triumphantly to my homeland of Australia. In Melbourne I might construct a yacht atop the Eureka Tower and in Brisbane I might set up a Salvador Dali Museum in the corner store near where I grew up. I would then have something to watch while playing Space Invaders. The possibilities are endless! 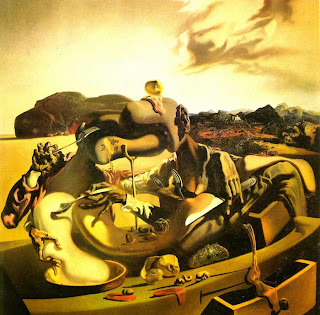 There's something comforting about knowing you'll most likely die by being eaten by a zombie. In the real world you could walk out the front door and get hit by a bus or die in a myriad of other ways. In the post-apocalyptic world the options are fewer. Also, if you were to encounter any other survivors it would be great to know you have a common enemy in the zombies. There is nothing more gratifying than having a common agenda. It would also be a great conversation starter.

I like the idea of living in a world that's frozen in time. It often seems to me that by the time you get a handle on how the world works these days it goes ahead and changes. In the post-apocalyptic wasteland you'd have forever to understand the world's secrets. Still, I probably wouldn't bother finding out about Area 51, The Kennedy Assassination or Harold Holt's disappearance because I'm not a conspiracy nut (I'm obviously a nut of a different kind - see above)

The one drawback for me is that I tend to get lonely and miss people after one afternoon alone and I don't think many apocalypses last a single afternoon. Perhaps it's only a great fantasy if you're a bachelor or an orphan and have no friends. Unfortunately that's not me. I have a daughter and wouldn't want to see her growing up in a world devoid of humanity. She'd need her mother and her immediate family. She'd need friends... and an education... and medical attention too in case anything goes wrong. All these other people would also need their families. This certainly opens the floodgates.

To be a well rounded person she'd also need to hear differing opinions on subjects and points of view that I don't necessarily agree with (it's possible I may not be the genius I take myself for) so those people, I concede, should also be allowed to live. How far do you go in constructing the perfect world? Even though I don't believe in god, does that make it right for me to extinguish all those murderous religious zealots from the world? Wouldn't that make me as bad as them? Maybe they'll learn to chill out.

Don't worry world, if it's up to me to decide who lives or dies rather than some indiscriminate threat, then it's lucky I'm feeling in a generous mood today... Everybody lives!... Except journalist Andrew Bolt... That guy shits me.
Posted by Trevor Ludlow at 18:04