Okay, I've been doing this blog for a  month now and it's time to address some criticism:

No, seriously, the thing most mentioned (in fact the only thing) is that I said the ending to Blazing Saddles was a 'major flaw' in the film. This is not contrary to my opinion that Blazing Saddles is my favourite comedy. Have you tried living in the real world? There's not much around this place that's perfect. Blazing Saddles is like a beautiful Persian rug - there is a deliberate flaw built in so as not to upset Allah (or something). Okay, the ending in Blazing Saddles wasn't deliberately bad (nobody sets out to make a bad movie) but it was unsatisfying and similar to a lot of other endings that were around in the late 60s - early 70s.


I suspect a lot of directors and scriptwriters were so out of their heads on hallucinogenic drugs back then that none of them could get it together to finish a film. Examples off the top of my head include Peter Sellers' The Party where everybody ends up in the swimming pool and the previously mentioned Monty Pythons' Search for the Holy Grail where the police unexpectedly turn up before an epic battle. In a way the Monkees' film 'Head' is just a series of weird endings strung together (RIP Davy Jones). I don't want to even get into the ending of my favourite sci-fi film 2001: A Space Odyssey (What is it with me and loving films that don't end properly?)


I suppose these endings at the time seemed to represent the carefree anything-goes spirit of the 1960s but in hindsight a lot of these films just look like the directors just ran out of ideas. Things that can seem revolutionary at the time can end up as a punch line later on: Darth Vader is Luke Skywalker's dad, The chick from The Crying Game is really a man, The main character was dead all along. 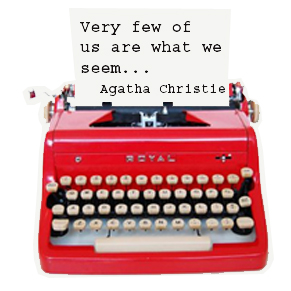 When I was at University my scriptwriting teacher always said he hated Agatha Christie novels because you could always guess who the murderer was - it was always the person you least expected. In a way trying to always deliver a twist ending is a trap in itself. Just look at M. Night Shyalaman's filmography and all the weary jokes that come out whenever he announces a new film.


For a story to be truly resonant it has to be remembered for something more than an ending - there have to be themes that stick with you after you consider a movie or book. This is why most of my favourite stories I usually feel luke-warm about upon completion, but enjoy immensely when the rusty penny drops.


One of my favourite authors is Raymond Carver. He wrote short stories which were mostly ambiguous slice-of-life tales about ordinary people. The stories dropped in at a certain points in characters' lives and then left again with no obvious resolution. There were some films made of his books, the most famous being Robert Altman's Short Cuts, but other notables include the Will Ferrel film Everything Must Go and the Australian film Jindabyne which is based on the Carver story So Much Water So Close to Home.


The story  focuses on some buddies going on a fishing holiday who discover the body of a murdered woman. If this was a Hollywood story this would be a jumping-off point for some sort of 'let's catch the bad guy' thriller, but instead the guys just tie the body to a tree and continue their fishing trip for a few days, only reporting the death when they return to civilization. The story really concerns the main protagonist's  wife and how she reacts to her husband having so little regard for human life and the discovery of being in a relationship with a man whose behaviour borders on sociopathic. In the film Jindabyne the action is transferred to Australia and the body discovered is also of Aboriginal descent which further comments on how Australians treat their Indigenous countrymen.


There is no real resolution in this story, just degrees of guilt and complicity in a crime that is never solved, but there is a lot to consider which makes it a satisfying tale in my book. I'm less likely to complain about a stock ending in the myriad of superhero films that pop up every summer and it always surprises me when people complain about weak plots in films based on two-dimensional worlds where people are clearly defined as good-or-evil. In most genre films the hero has to win the day to keep the fans happy.


So in the interests of not over-intellectualising this blog I would just like to finish with some satisfying endings for you:

He rescued the girl and saved the entire planet.
And that is what I did on my Summer holidays.
And they all lived happily ever after.
And then he woke up!
The End
Fin 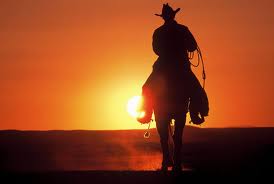