When I was in grade eight, my music teacher was a swaggering, saxophone playing, jazz aficionado. For the sake of this story, let's call him Mr Jones. I didn't like Mr Jones very much and didn't find him particularly inspiring. I found him arrogant at a time when I found arrogance to be a universally bad attribute. These days I don't mind arrogant people if they have something they can legitimately be self-righteous about. For example: The French are allowed to be arrogant because Paris is a beautiful city and they have a rich cultural legacy.

Mr Jones was way less deserving of his arrogance than the French. He hated rock music but never gave a reason beyond an example of what he considered quantifiable proof that jazz and classical were better than rock. He would often cite a dubious university study that claimed to have played classical music to one group of chickens and rock to another group of chickens over a six month period. The results showed that the chickens subjected to classical music produced far more eggs than those subjected to rock. This supposedly proved once-and-for-all the degenerative nature of rock music. 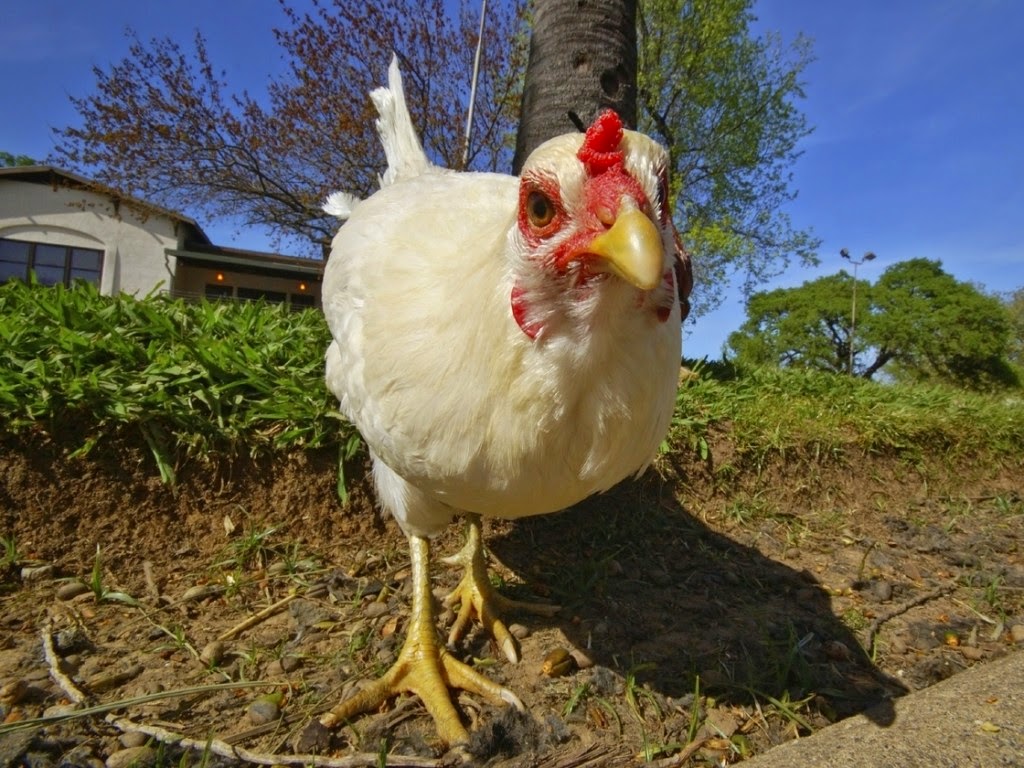 Whenever I look at a chicken these days, I can't help but think of this analogy. I see no intelligence when I look in the eye of a chicken. All they seem to do is cluck, scratch around in their own droppings and produce eggs for their invisible human overlords. The musical preferences of creatures such as these does not constitute a ringing endorsement from my point of view.

At the end of the first semester, Mr Jones reluctantly allowed us to have a 'free music' day where we were allowed to bring in music from home and have it critiqued by the rest of the class. Seeing as I went to a boys' only school and the year was 1984, most of the music was ska, which was brought in on cassette. I think I brought in something that would have been considered pretty lame from the point of view of my classmates. Perhaps it was Duran Duran's 'Planet Earth.' I surely would have copped a lot of ridicule for playing this. Thank god I never got a chance!

The class skanked along to several selections of unremarkable ska before one particularly memorable musical entry was played. It was a choice selection from the private collection of a student named 'Dan.' Mr Jones wearily placed the cassette in the stereo system and Dan waited blank-faced for the song to kick in. 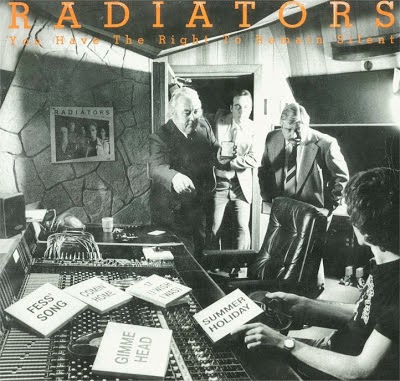 "Gimme head like you did last night, Baby!!!" came blazing out of the speakers. Dan had selected the signature bogan-rock song 'Gimme Head' from the 1980's pub rock band 'The Radiators.' The class erupted in laughter and Mr Jones shook his head in disgust, no doubt suddenly wishing he was a chicken, so he would not have to be subjected to such filth. Needless to say, nobody else was allowed to play any of their own music that day, but it was almost worth it just to see the look on our teachers' face.

I say 'almost' because, you see, I didn't like Dan very much. He was my least favourite bully in a school that was not lacking in this regard.

Dan and I had had an altercation earlier in the year, which, to be fair, was at least partly my fault. We used to catch the same train home together and Dan had taken offense at me being a smart-ass to him in front of his friends. How was I to know he couldn't take a joke?

So Dan decided he was going to fight me one day at lunch time. I think I thought he was joking at first and my initial reaction was to laugh, which just made him angrier. I never even entertained the thought of hitting him, which in hindsight makes me consider that this is why he chose to fight me. I would be curious  to go back in time now and punch him squarely in the nose to see if a look of surprise would register as the blood flowed down his gormless little monkey-face.

As it turned out, I never even got a chance to land a punch. As I was backing away from Dan I fell ass-backwards over the front school fence, which for some reason was only knee-high and fell squarely on the pavement. Dan obviously considered me too pathetic to continue fighting and walked away. His hostility towards me never really relented for the rest of our high school life together, but thankfully we never had to interact much, so it was fine.

I recently watched Arrested Development on TV and noted that borderline mentally-challenged momma's boy Buster had gone to a private school whose motto was 'Neither Seen Nor Heard.' This registered a bit of a chuckle on my behalf, because I think this altercation with Dan was where I learned to keep a low profile. I think a lot of high school kids still do this as a survival mechanism.

There were a lot of kids at school who were more on the disruptive side instead of outright mean and over the five years of high school there were occasions where most of them, at times, let down their tough veneer and showed at least a modicum of humanity and the occasional thought for others.

Not Dan - I never saw him let his guard down through the whole of high school. There was one time when he was chewing gum in class and the teacher whacked him in the back of the head sending the gum flying like a miniature projectile. On this occasion I was sure I could see his eyes well up with tears, but I didn't really interpret this as a sense of sorrow and a desire for atonement. Moreso, it was a reaction to being physically hurt. Reaction to personal injury was the closest most boys at my school came to showing genuine emotion.

Dan's 'acting-out' became more advanced over the years until eventually in grade 12 he was busted for smoking pot during lunch hours and may have even been suspended for a while. This wasn't really surprising and I consider it a fairly normal way for a teenager to rebel, but Dan found a way to get in trouble for just about everything.

During a school visit to the Chandler Aquatic Centre, Dan insisted on scaling the highest diving platform which was roped off to the public and was unceremoniously thrown out after a mere five minutes in the building. This struck me as amazingly stupid. Mainly because I enjoyed the diving platforms a lot and would never jeopardise a chance to act like superman in a world where it was becoming more frowned upon to act like a child. Surely he must have known he was going to get caught and would have to spend an hour sitting in the bus by himself? I'm all for 'sticking it to the man' as much as the next guy, but sometimes you just have to choose your fights.

It's been several decades since I left school and I have never heard Dan's name mentioned in all that time. A discussion at work during the week got me thinking about him for the first time since high school. My work colleagues were saying that Facebook is a little disappointing, because the people you really wonder what happened to after high school are sadly under-represented.

They were right! A quick scan of Facebook and the internet revealed no mention of Dan whatsoever. This made me wonder what might have happened to him. I came up with a number of scenarios:


Unfortunately for Dan I think the last scenario is the most likely. I shudder to think what 'marginalised' might mean, but I can't imagine it would be good.

I just can't envision Dan finding a place in the real world.

Ultimately, the best thing I got from Dan was a good story to tell at the pub regarding The Radiators and that one time in music class. To be honest, besides the occasions I tell that story, I rarely think about  Dan... I wonder if anyone does.