What Happens on Tour - Stays on Tour (Part II) 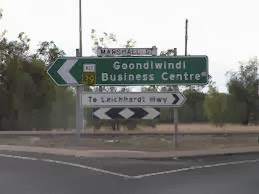 There were a couple of years in the mid 2000s where I was in a bit of demand to play in wedding bands. All-up I probably played at about half-a-dozen weddings in various permutations with musical partners-in-crime that I had met over the years. We mostly played at weddings where people knew us and what to expect. This usually involved some hastily learned covers, a couple of our more sensitive and romantically inclined originals and a fair amount of good-natured ribbing of the bride and groom.

One wedding we played was an exception to this rule and involved a band I played bass in at the time called 'Gentle Ben and His Sensitive Side.' Because we had something of a country slant, an acquaintance of lead-singer Ben's thought it might be a good idea for us to play at a relative's wedding in rural Goondiwindi. They were wrong... so very wrong.

Probably the major problem for us being an acceptable wedding band was the type of material we played. We knew half a dozen covers that would be good for weddings, but our original material certainly seemed inappropriate. For a start, where most bands I had previously played in involved songs about 'boy meets girl, boy loses girl and secretly pines for her in his bedroom,' Gentle Ben and His Sensitive Side had songs about 'boy meets girl, boy loses girl and then wreaks swift and bloody revenge on the parties involved.' This, in my opinion, does not bode well for a young couple planning on starting a new life together.

It was a case of Deja-vu as we once again set off in a HiAce van for a doomed musical mission. The band Gentle Ben and His Sensitive Side consisted of three members from Biro - Dylan, Nick and myself, plus Ben Corbett from local insane garage punksters Sixfthick. Ben had a great stage presence, which the rest of us lacked and thankfully was less myopic and prone to sleepiness than previous Biro singer John. It was a combination that shouldn't have worked - yet somehow did - like bacon and maple syrup!

Accompanying us on this musical mission was a sound guy, who, for the sake of protecting the guilty, I shall simply call 'Mr McGuffin'. The journey to Goondiwindi was pleasantly uneventful. Drummer Nick had valiantly tried out a new catch-phrase 'Can we stop for a piss and a pie?' but unfortunately it had not been as successful as the classic 'I'm dying back here!' from the Biro days and has since been relegated to the mists of time. I mention it here simply for historical reasons, but also in the hope that it may one day be resurrected. 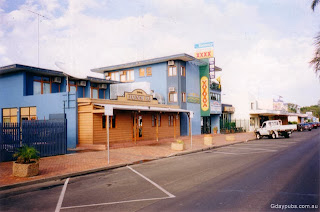 The reception was at The Royal Hotel and we arrived just in time to set up. Mr McGuffin optimistically ordered a bottle of red wine presumably to share with the rest of us, but unfortunately we were all sticking to beer. This left McGuffin to finish the bottle by himself. Little did we know that this was the nexus point of the evening and our fates had now been sealed.

We were hired to play two sets for the night and the first set initially went rather well, mainly because we played our half-a-dozen covers first up, which left the last half of the set comprised of original material, which we played to increasingly diminishing returns. The dance floor cleared and everybody slunk over to the bar - except for McGuffin, who was visibly and disturbingly animated behind the mixing desk after presumably finishing off the bottle of red wine by himself.

During the intermission, we were approached by the matronly mother of the bride who insisted that we played material in the second set that was more similar to our meager collection of covers. She adopted a threatening tone and said 'After all, I'm the one paying you!'

I've never responded well to threats, so I didn't mind so much when McGuffin stumbled over and tried to dance with the bride's mother. She was visibly repulsed by his advances and told him to 'go away'. I was secretly pleased with this unexpected turn of events.

We played our second set and failed to generate any spark of interest from the wedding guests - except this time we didn't even have McGuffin to spur us along. He was now slumped in a semi conscious state in a chair at the front of the stage with his arms hanging limply by his side. We finished the set and quickly retired to the public bar to avoid any eye contact with the bride's mother.

The public bar felt like a time warp and I imagined myself to be at my old, crappy local pub The Mansfield Tavern in about 1989. The rusty penny dropped for me at this point and I realised that young people in the country really don't care about country music and would much rather ape perceived trends in the big city such as Metal, Hip Hop and Techno. I told myself that this is at least partially the reason why we didn't go down well that night.

Some 15 year-old hood-rat approached me at this point and slurred something about drugs. I think he was trying to buy some off me. I certainly would have had qualms about selling drugs to a 15 year-old, but even moreso, if I did have any drugs, I would have taken the lot myself at this point to escape this nightmare scenario.

Of course things just got worse from this point. Someone from the wedding party informed us that McGuffin was having an altercation with another member of the wedding party and that they had some sort of personal history together. This seemed highly implausible to me. We were in the middle of nowhere! It was as if Stanley had discovered Dr Livingstone in the middle of an African savannah and then decided to get in a drunken pub brawl with him. Unfortunately, Ben was sharing a room with McGuffin, so we left it up to him to sort out the problem. I was sharing a room with Dylan and we hastily retreated back there with a couple of drinks to calm our nerves. Once inside the room, we would have happily boarded ourselves inside, if we only had wooden planks and nails at our disposal. The feeling of antagonism from the wedding party, whether real or simply perceived, felt similar to a rampaging zombie horde. If either myself or Dylan were religious people we certainly would have prayed for Ben that night - it was either that or actually try and help the guy out - and we certainly weren't doing that!

We woke early and went to check on Ben and his unruly charge. Ben looked like he had spent a month detained in Guantanamo Bay. He wearily explained that he had managed to get McGuffin back to the room but then McGuffin had decided to redecorate by projectile vomiting on the bed and various parts of the room. Ben said he had done his best to clean it up and dispose of the sheets, but we all decided it was best if we got going as soon as possible.

As if to confirm the fact that we were in hell, the news advised us that today was the hottest temperature recorded in 60 years. This was not the best time to be in Outback Queensland.

We ate a quick breakfast and hurriedly tried to settle our account with the wedding party. We were racing to finish the transaction before the maid got to Ben's room and discovered McGuffin's atrocities. I had never seen Ben write up an invoice so quickly. He really should have been an accountant! The invoice was handed over and the wedding party decided to settle in cash. Time was running out as they counted out the money into our shaking palms. In the corner we could hear the clock ticking. Could it be that we would get away with this scott-free?

The last $50 note was about to be placed in Ben's hand when our luck ran out. Suddenly a blood curdling scream emanated from upstairs. Ben and I looked at each other. Without uttering a word we knew we had been discovered. The maid burst into the room and described the crime scene she had uncovered with an accusatory tone which I personally found offensive. After all, an establishment which acknowledges that 80 per cent of it's alcohol sales consist of Bundaberg Rum must be used to this kind of thing, right?

Ben sheepishly handed over $50 for cleaning expenses and we dishearteningly packed up our gear and prepared to leave town.

Thankfully the air conditioning worked in the van and the drive home was relatively spirit-lifting. Even McGuffin didn't look too worse for wear.

To help us forget the horrors of the last twenty-four hours we had AM radio to comfort us. 4KQ was playing the 'Sounds of the 70s Saturday' and we all took turns doing bad Mick Jagger impersonations. As this story took place in the year 2004, none of us had smart phones, so we also entertained ourselves by indulging in some obscure rock trivia. None of us could remember who sang the song 'Shouldn't We Talk it Over in Bed?' which plagued my mind for the entire journey.

I eventually got dropped off at my house in Lutwyche. It was so hot that I had to sit under the house to cool off. I sat there drinking a warm beer while watching my dog panting and drooling on the concrete with half-closed eyes...

Suddenly, it occurred to me...

I hurriedly sent a text to Dylan... 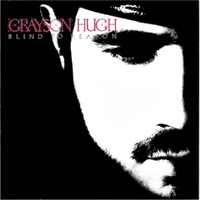