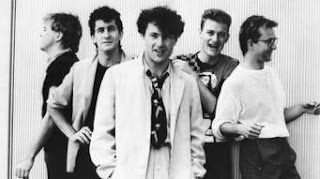 'Come Said The Boy' was a chart-topping song released by the Australian band Mondo Rock in the year 1983. It is the creepiest song ever written!

It tells the exploits of a teenage couple during a 'party night at the end of school' where at least one of the protagonists has a sexual encounter for 'the first time.' There is nothing wrong with this as subject matter per-se, but the voyeuristic nature of the song, combined with the fact that Mondo Rock's lead singer Ross Wilson was 36 at the time, makes me a little uncomfortable.

When I hear the song, I can't help but think of the phenomenon known as Toolies - adult males who prowl Schoolies' Week on The Gold Coast every year, preying on drunk and naive young women.

I am not accusing Ross and his band mates of this, but I do have a mental picture of Mondo Rock spying on the beach from a nearby high-rise through a pair of binoculars, making notes on teenage mating rituals so they can mine some material and write a classic teen anthem.

A lot about the song doesn't ring true to me - although, I must admit - I have no personal recollection of 'party nights at the end of school.' This is because most of these parties for me involved drinking two VBs and passing out on my friend's driveway. 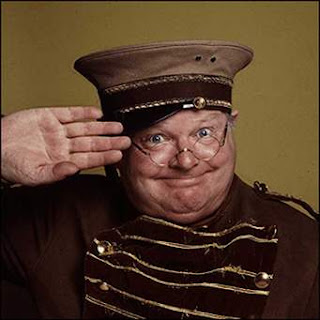 I suppose in hindsight 'the first time' might seem like a life-altering event for most, but it was probably nowhere near as eventful as the chorus-dripping guitar, arpeggiated synths and dramatic minor chords in this song would have us believe. Adults would probably like to think this song might be the soundtrack to their 'first time', but I would suggest something more like 'The Benny Hill Theme' as an appropriate analogy.

Also, the lyrics of the song suggest the woman 'knew some older men' and I guess it's good that they don't seem to pass judgement on her for this, but it's telling that this fact was even mentioned at all.

Because of the beach setting, the boy in the song is presumed to be some fit, muscular surfer dude, but when the lyrics come to the part where the girl asks him to 'come on be a man for me', I can't help thinking of a wheezing, asthmatic nerd, whose pasty white skin can barely conceal his racing heart jumping out of his chest with anxiety. Surely, the pressure from this sort of request would be a deal breaker for him and he would excuse himself, adjust his classes, take a puff on his inhaler and go off to finish his cryptic crossword in silence?

Maybe I'm simply not the key demographic for this song, but I was 12 when it was released and that should be an ideal age. I find it interesting that the song has been so widely accepted and even covered by such divergent talents as John Farnham and Tex Perkins. A quick look on Spotify also reveals a jazz-influenced acoustic version which conjurs up images of an even older voyeur spying on young teenagers - and more disturbingly - it makes me consider old people reminiscing about their own exploits... Maybe they're still at it!

Perhaps the original isn't so bad after all - I'll let you decide: