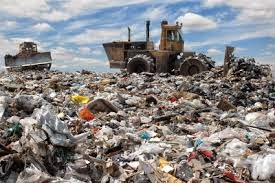 I feel guilty sometimes for missing a time when nobody cared about the environment. Especially when I fondly recall family trips to the dump in the days of my youth, searching through piles of other people's garbage, with the stench of rotting food wafting through the air and flies buzzing majestically on the summer breeze.

They were simple pleasures from a now bygone era.

These days I have to pay every time I dump a bootload of garbage at the local recycling centre and they don't let me paw through their garbage like some starving grizzly-bear. Also, the fact that I own a Mini Cooper makes it less-than-economical for a car that has just enough capacity for the weekly shopping.

So I do what most people do in Melbourne - I wait for the hard rubbish roadside clean-up.

This involves people leaving useless, broken and unwanted items from their homes on the roadside and waiting for a council van to come and take the stuff away - for free!

What usually happens, though, is most of the garbage is scavenged by eagle-eyed neighbours and taken to their homes where presumably their worthlessness is appraised over the coming year until the next hard rubbish clean-up happens and the items are left outside once again to start the cycle anew.

This year we managed to get rid of our massive, useless analogue tv, a box of leads that belonged to appliances we no longer own, a guitar amplifier and a couple of old computers.

All this stuff was scavenged before the council van even had a chance to get to it.

Some items were even taken while I was standing out the front of our house. A workman's ute turned up and boldly appraised our garbage while I was staring right at him.

He looked at the guitar amp, but didn't take it, as it was missing a lead. Sure, it was barely working, but it was in much better working order than an old Apple laptop that his wife suddenly took an interest in.

"Is this thing working?" she asked cheerily.

"Not in the slightest," I replied.

"No matter," she said, as she took the laptop and excitedly got back in the car with her new find, that would undoubtedly become an elaborate paperweight in it's new home. 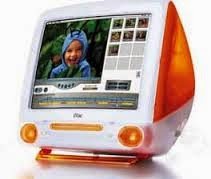 If they had waited they could have take an older iMac that was inside the house. I was still deliberating whether or not to get rid of it. This computer was a late 90s model from around the time when Apple were still the underdog and living in the shadow of Microsoft. Their marketing ploy at the time was to have the computers available in a range of colours. Ours was orange!

Before we decided to offer it up for the roadside clean-up, though, I thought it would be best if I booted it up one last time to erase the memory.

The ancient cathode-ray tube reluctantly sprang back to life and instantly presented me with a screensaver of our dog Cody as a puppy, from when we lived in Brisbane. I looked down at the Cody of today, who was sitting next to my feet and realised that, like the computer, time had marched on and now Cody is an older model that is 12 years out of date. He has survived remarkably well, but there isn't quite the same excited glint in his eye as his young counterpart.

There were many other photos on the computer of that time featuring a younger, fresher-faced me. My initial thought was that our lives at the time seemed refreshingly uncomplicated. It was nice to see our younger selves happy and smiling in the afternoon sun on our old patio.

As far as I know, none of these photos were copied over to subsequent computers, so I grabbed a USB stick to rectify the situation.

This is the point where the computer decided to freeze and no matter how many attempts I made, it just didn't want to boot-up again. It was like the computer was tantalising me with the information it possessed, before snatching it from my grasp forever.

At first I was mortified that I wouldn't be able to retrieve the data and was also worried that I hadn't erased the memory. Would this result in thieves stealing our credit card numbers and identities? More importantly, would they laugh at our photos, rudimentary pro-tools recordings, university papers and bad attempts at creative writing?

I thought about it for a while before coming to the conclusion that we no longer owned any of those credit cards and I don't care what they think about my recordings or uni papers. As for my bad creative writing, they can just look up my blog online!

The photos were the only thing I cared about, but it struck me that we have thousands of photos on our laptop now and we barely look at 10 per cent of them.

When I was a kid we had only a couple of photo albums and these were seen as precious items representing a doorway to a forgotten world. Somehow these old, faded images often carried more emotional weight than their modern digital counterparts. 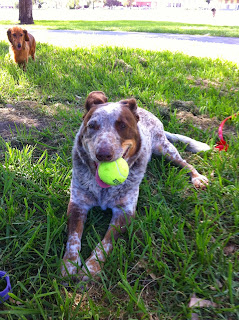 It struck me that emotional weight is spread too thinly these days and one precious photo of a loved one, perfectly composed and captured during an important life event, can be far more meaningful than thousands of off-the-cuff photos of less important incidents. I wondered how a member of The Stolen Generation might feel about a lone photo that is the only evidence connecting them to their biological family. The emotional weight of such an image must be enormous!

With this in mind I quickly boxed-up the computer and placed it on the curb. I was thankful for the thousands of images of my family and friends that I already possessed. Unless there was going to be some sort of electromagnetic pulse-bomb that wiped out all computer information in the world, then I didn't need to see those photos on the old iMac again.

As the rain began to fall on our roadside clutter, I didn't feel sad. I realised there was another reason I was willing to part with that old computer and the photos it contained. I didn't necessarily need to recall those old memories - I want to make room for some new ones!