Day Dreaming in the Outfield

I was walking back to my house the other day past the local primary school. It was lunch-time and the children were playing various games in the large, open fields. The voices of the children merged into a cacophony. I was surprised when one of the voices seemed to rise above the background noise and addressed me directly.

"Hey mister, can you get the ball for us!"

I looked around and noticed an AFL ball on the ground a few feet away from me. It had somehow managed to be kicked over the ten-foot fence that surrounded the school. I was impressed that a small child could manage such a feat.

"Sure, thing," I said, trying to act casual.

A wave of fear washed over me as I picked up the ball. I could see a dozen anxious young faces eager for me to lob the ball back to them over the fence. These children were unaware of my chequered past when it came to ball sports and my particular ineptitude when it came to eye-hand co-ordination.

I decided the best course of action was to simply throw the ball over the fence. There would be no way that I could successfully kick or punt the ball, so a casual throw towards no child in particular seemed to be the best course of action. Luckily, on this occasion, my deception worked. The ball was successfully caught by one of the school children and I continued on my way, with my pride in tact and the children none the wiser when it came to my secret sporting shame.

The incident did drag up painful memories from my own childhood, though. The deepest emotional scar that I've received from playing ball sports was probably in early high school when my class was playing softball as part of a PE lesson. I worked out early that for ball games like softball or cricket, the best place for the non-sporting types was somewhere in the outfield where the ball seldom went. On this one occasion I was unfortunate enough to be day-dreaming in the outfield when a stray ball came my way and I was the only one in a position to catch it.

The familiar feeling of dread enveloped me as the ball approached. It seemed to eclipse the sun as it hurtled ever closer to my catchers' mitt. A brief glimmer of hope and a feeling of self-worth overtook me as the ball came in contact with the soft leather glove. Unfortunately, my reflexes were not fast enough to secure the ball and it bounced from the glove and landed on the ground with a sound which, to me, sounded like a large iron prison door slamming.

The resulting cries from my team-mates has forever been etched on my brain and is recalled every time I find myself in a position of failure.

"GOOD ONE LUDLOW!!!" they all shouted mockingly in unison.

I looked up and noticed my classmates rolling their eyes, sticking their tongues in their cheeks and moving their limbs uncontrollably, as if to imply that I suffered from some motor-neurone disorder - at least that's what we'd call it in this more enlightened, politically-correct era.

Unfortunately, things just got worse from this point. Already enraged, I picked up the ball and lobbed it at the pitcher. For some reason, I thought throwing the ball using a catcher's mitt would work. It didn't. Instead or travelling through the air in a gentle arc back towards the pitcher, the ball instead travelled vertically downward as if thrown by some alien who was unfamiliar with how earth's gravity worked.

The resulting spectacle from my teammates was an amped-up version of the previous scene. Limbs were flailing wildly, eyes rolling uncontrollably and tongues contorting faces into ghoulish and frighteningly inhuman caricatures. The teacher didn't jump in to defend my honour and instead just shook his head in disbelief. To be fair, I can't blame him, but the whole incident seemed to signal the end of my sporting career. The iron door seemed to have slammed forever. 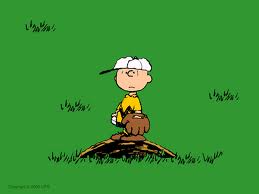 Strangely, my strategy of hanging around at the back of the pack actually worked on one occasion. This time the game we were playing was touch football and I was hanging around mid-field with hands in pockets, probably imagining what it was like to be an astronaut, whilst getting the occasional disapproving stare and shake of the head from the coach.

Suddenly, someone from the opposing team broke through a hole in our defences and headed towards our goal-posts. This was my chance for greatness! I didn't have any ball skills, but I knew the one thing I could do was run. Everyone else gave up, but I thought to myself 'I can do this!' and ran confidently against the opposing team-member. Several feet from the touch line I managed to intercept the rogue opposition player and stopped him from scoring a try.

There was a triumphant cry from my team-mates and a weeping and gnashing of teeth from the opposition. I briefly discovered what it must feel like to be a sporting hero and the even more giddy thrill of gloating at another team's misfortune. I was made man of the match. It was my one-and-only sporting triumph.

I think I learned the wrong lesson from this victory. I probably should have learned about the value of working as a team and always trying to do my best, but instead I learned that just by hanging around, sometimes you can just be in the right place at the right time.

At some point in my teenage years I gave up day-dreaming about being an astronaut and instead pursued the more realistic career path of becoming a rock star. I applied the lessons I learned from sport in pursuing this goal. Instead of aggressively becoming a virtuosic singer-songwriter and dynamic stage performer, instead I took up the bass guitar, as nobody else seemed to want to play this instrument and it seemed an easy way to get into a band. Looking back now, I suppose you could say it was a search for an identity, but it's hard to know even in hindsight what the motivation is for most adolescents. All I know is that I was comfortable with this new identity, but I was still standing in the outfield.

I still play music and write songs, but it doesn't define me in the same way as it used to. I know I'm a man in my forties and the outward mask that I display to the world does not fit as well as it used to. Maybe that's why I write this blog, as a way of finding a new identity to hide behind. Even then, being a blogger is hardly the most ambitious writing assignment. I'm still waiting patiently in the outfield, but maybe this time I have the skills to catch the ball.

One thing I've learned over the years is that everybody plays a character to varying degrees. People try and project an image of themselves that they are comfortable with other people seeing. The reason for this is simple:

Everybody drops the ball occasionally, but nobody wants to do it in public.