It's funny how certain songs can take on different and sometimes sinister meanings to the ones originally intended when considered in a broader cultural landscape. Take for example The Beatles' song 'Helter Skelter', which is a McCartney-penned tune that allows him to serviceably ape John Lennon's stronger rock aesthetic and is ostensibly about a children's playground ride. When considered as part of Charles Manson's manifesto in the late 60s, it will be forever be culturally linked to Manson's brief murderous rampage, which is a pity, because The Beatles don't deserve that comparison.


Like The Manson Family, The Ludlow Family also have their own unofficial anthem - 'Mull of Kintyre' by Wings. Bizarrely, it is also a McCartney-penned tune, but unlike 'Helter Skelter' the song already had a bad reputation when it was released in 1977. This can simply be put down to a case of bad timing, as a gentle folk song about McCartney's home didn't really fit in with the dominant punk sound of the time. McCartney was also increasingly being criticised for being a bit too comfortable and writing too many 'silly love songs', even though ballads are probably his strongest suit as a composer - you don't need to look further than 'Hey Jude' for proof of that.

I admittedly have towed the popular line of dislike for the song and have been dismissive of 'Mull of Kintyre' in the past, but I have started to warm to it in recent years - there is just too much family history associated with the song to not have some sort of affection for it. I'm like the opposite of Alex from 'A Clockwork Orange', who was taught to associate Beethoven with ultra-violence. Instead I have come to associate 'Mull of Kintyre' with pleasant and often hysterical memories from my childhood. 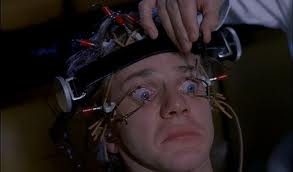 For a start, every New Year's Eve our family would sing 'Mull of Kintyre' at the stroke of midnight for our celebrated Ludlow family street parties. Sadly, these occurred during the 1970s and would often involve conga lines. My mother never knew the words to 'Auld Lange Syne', so instead she would sing 'Mull of Kintyre'. This is typical of my mother's often bizarre leaps of logic and I really think she could have been a comedian if, indeed, she had ever been aware of how hysterically funny she can be. I'm still not sure.

I also seem to recall the video clip being played during the crucial nexus point between episodes of 'Doctor Who' and 'The Goodies' on the ABC. This is probably where my sister Karen developed her unwavering love for the song. I was a  bit more reticent but anything played during this time usually is filtered directly into a child's cerebral cortex and cannot help but have at least some positive connotations on a developing mind. Another favourable memory from that time is 'Love is All' from 'The Butterfly Ball'.

'Mull of Kintyre' probably reached its lowest point in my estimation during the 1990s when I played in several semi-popular Brisbane bands. I've never been in a 'grunge' band, but as a young man I couldn't help but be self-consciously aware of the dominant paradigm of the time. Often I would invite my parents to the more low-key and less sleazy shows and invariably my mother would yell out for us  to play 'Mull of Kintyre' at some point during the set. I think we actually indulged her a few times.

All the bands I was associated with invariably played at my wedding. My wife Edwina played in a band called The Zebras, who did a tight professional set. I, however, decided to just play with my buddies in a ramshackle jam-band that started out entertaining enough, but soon devolved into an unholy drunken mess. We ended the night with a funk-rock fusion version of 'Mull of Kintyre', with me slurring the half remembered lyrics over the top. It makes me laugh and cringe in equal quantities, but I think it was a fitting end to a day that began with my friends Dylan and David singing Willie Nelson's 'Crazy' through a megaphone as the wedding processional song.

I've actually been reassessing Paul McCartney's solo work in recent years and think some of it is really great. I've always liked the singles 'Band on The Run' and 'Let 'em In' but I have also recently embraced whole albums such as 'McCartney II' which is a great example of how to do a home recording and features the single 'Coming Up'. I also have developed some respect for the way he backed off from the music industry and made Wings more of a family affair. He knew he didn't have anything else to prove, so why shouldn't he just do what he wants?

Probably the main reason I have elevated 'Mull of Kintyre' to a higher status is because I've discovered another McCartney song that is more worthy of my baffled contempt. 'Wonderful Christmas Time' released by McCartney in 1980 is a woefully pedestrian and uninspired Christmas song that makes 'Mull of Kintyre' sound like a stone-cold classic. I have to admit, however, that after playing 'Wonderful Christmas Time' during the last couple of Ludlow Christmases - I'm starting to warm to it!