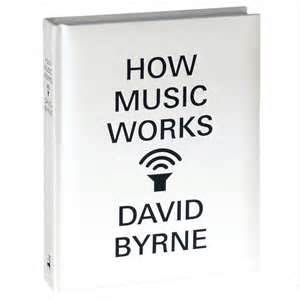 I can always rely on Santa to bring me a good book for Christmas and this year he didn't disappoint. David Byrne's musings on the unique place music holds in culture is simply titled  'How Music Works'. It's not your average rock biography.

Byrne explains in the introduction that you need not have any knowledge of his personal musical career to enjoy the book. This is true, but I think the most fascinating aspects are derived from Byrne's unique perspective as a performer who has managed to last 30 years in the cut-throat music industry. It's hard to think of too many who have managed such a feat and, sadly, I think it is probably becoming harder to sustain a career in almost any artistic pursuit.

The book begins with Byrne explaining how music evolved to suit the environment it is played in: Tribal drums filling the vastness of an African savannah, orchestras projecting a sense of awe in concert halls and the simple bombast of stadium rock to reach the ears of those in the back rows in outdoor arenas. It's when he talks about the appeal of the tiny punk club CBGB's (where Byrne's band Talking Heads got their break) that he really starts to develop his own musical thesis.

CBGB's was a struggling biker bar on the wrong side of the tracks in Manhattan when bands such as Blondie, Talking Heads and Television started out. These bands had nowhere to play and CBGB's had nothing to lose by putting them on. It was a match made in heaven. The music played (out of necessity) was devoid of pretense and theatricality and while the musicians were not necessarily virtuosic, the club was a nurturing and non judgemental environment for bands to develop. Byrne points out that music in many forms represents what CBGB's offered: A sense of community, a shared cultural understanding and (for performers) a chance to express themselves creatively and communicate in ways that they might not be able to in ordinary life.

Of course, Talking Heads outgrew this tiny little club and I think one of the reasons that Byrne continues to be vital as a performer is because he continues to be open minded about music and does not slip into dogma that scenes such as punk in the late 70s clung to. He discusses 'the myth of authenticity' that punk bands championed which favours 'rawness' over theatrical performance. Talking Heads initially were raw simply because they were three shy friends testing the musical water on stage, but Byrne's open mindedness and increasing interest in other art forms such as Kabuki and Javanese shadow puppetry transformed an awkward club band into a massive ensemble with lighting and choreography (as well as a big suit) for the concert film 'Stop Making Sense'. Byrne rightly argues that music can also be spectacle. 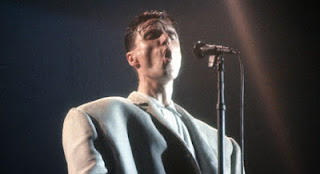 He also discusses music technology and how it is only a recent phenomenon to be able to listen to recorded music. He explains how technology has changed an audience from primarily enjoying the live experience to being one that expects bands to reproduce their recordings perfectly on stage. He is refreshingly not snobbish about the quality of MP3s and considers them important in the same way mix tapes were to introduce people to new music. I agree with him wholeheartedly when he laments that recorded music has turned people from participants in making music to simply being passive consumers. There surely was joy to be had from family sing-alongs around the piano! - even if it was corny.

It's when he discusses the songwriting process and recording techniques that it becomes helpful to have at least a passing acquaintance with Byrne's oeuvre. Talking Heads started out as a band that made pretty straight ahead and sparse pop songs, but as they developed, so too did their stage show and they started to work more collaboratively using studios and technology in innovative ways, as well as incorporating what might be called 'automatic writing' techniques when it came to developing song ideas and lyrics. There are also interesting questions answered from a fan's perspective as to why after years of experimentation they suddenly reverted to a more straight ahead pop approach for the albums 'Little Creatures' and 'True Stories'. It turns out that Byrne needed to write songs in order to get funding for his 'True Stories' movie. I suppose for Talking Heads it was experimental for them to dabble with mainstream pop. 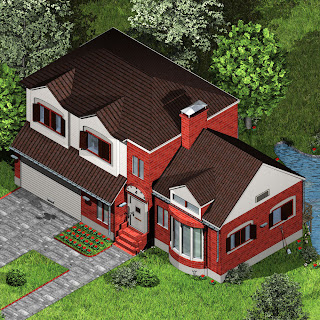 The most eye-opening section of the book deals with the financial realities of recording in the 21st century. Byrne bravely details his expenditure and subsequent profits from two recent albums: The solo outing 'Grown Backwards' and the collaboration with Brian Eno 'Everything That Happens Will Happen Today.' Byrne explains that he spent most of his hefty advance from the record company to record 'Grown Backwards', which made it difficult to make a healthy profit,  even though it sold quite well, whereas 'Everything That Happens' cost very little to make, sold well and was distributed independently which essentially cut out the record company middle-men. Songs from 'Everything That Happens' were also licensed to the Oliver Stone movie 'Wall Street: Money Never Sleeps', which also would have added substantially to the coffers. Byrne is cagey about his licensing arrangements, but I suspect it is probably his biggest source of income these days, especially when every movie seems to use 'Once in a Lifetime' as lazy shorthand to denote that a movie is set in the 1980s. Byrne is adamant that he never licenses songs to commercials.

Byrne uses the 'Everything That Happened' album as an argument that it is still possible to make money from recordings in a digital age and I do agree with him to a certain extent. He concedes that it is easier for him because he already has a public profile and audiences were keen to hear another collaboration with Eno. It is a bit beyond Byrne's scope to say how an amateur would fare independently, regardless of the quality of the material they present.  I think the one redeeming feature of having a record deal these days is the label can deal with the marketing and leave the creative decisions to the musicians. Other than that I think the traditional record company is a dying business model.

Byrne argues that it doesn't hurt to have a good business head on your shoulders, but I would argue most musicians are attracted to music so they can get away from the business world. The romanticism of being in a band is as important as the music itself. The Beach Boys would not be half as interesting without the mythology surrounding Brian Wilson and I bet most of the people who worship Brian Wilson's music also secretly wish they could spend a year in bed eating fried chicken, or else record farm animals in an expensive Hollywood studio on the record company's dime. When you consider the excesses of the past it is hard to get excited about some kid sitting at home with his laptop on weekends while he holds down a boring 9 to 5 job. Without the romantic appeal of the travelling musician you might as well just forget music and become a futures trader if you want to make money - or better yet - a games designer!

Looking at all the ways music can be obtained these days it still occurs to me that most music I listen to still reaches my ears via recommendations from friends or else artists I admire mentioning their influences in interviews.  There certainly are a lot more choice and an overwhelming quantity of music that was certainly not previously available. To me - and I suspect a lot of people - most of this music does not 'work', but I bet Byrne would argue that there is as much good stuff around as ever (and he'd probably be right). That's why I love David Byrne... he's forever the optimist!