Whenever people ask me what my favourite comedy film is I always say Blazing Saddles.

I think it's a truly subversive yet hilarious film. Some people say in this modern politically-correct age a film like Blazing Saddles wouldn't get made. They may be right, but I think it is a perfect product of its time (the1970s).

The reason I think it really struck a chord with me is because I saw it at the right time. I was probably about fourteen. A time where you notice a disconnect between what adults say and how they act. This doesn't happen in Blazing Saddles. Most characters are ignorant bigots and proud of it.

The film concerns a sleepy town called Rock Ridge that is home to some of the most proudly racist characters to ever spout the 'N'-word in a major motion picture. A greedy mayor (played by co-writer Mel Brooks) sends a black sheriff (Cleavon Little) to divide the town and drive people away so that it can be demolished to make way for a railway line. As well as racism there is also a liberal dose of sexism, corny slapstick comedy and possibly a small amount of mocking of the mentally challenged. 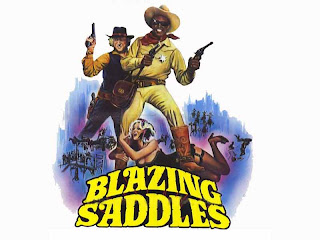 But it works. Probably for two main reasons. The first being that it is a well written script and extremely funny, due, in no small part to co-writer Richard Pryor who I imagine wrote the bulk of the race-based humour. His writing lends a slick urban charm to proceedings. I'm a Mel Brooks fan and especially like Young Frankenstein and Spaceballs but Pryor and Brooks together have both the Jewish and Afro-American perspectives sewn-up which gives this film an extra dimension.

Richard Pryor, I would also argue, is one of the top ten swearers to ever have walked the earth. His swearing never sounds forced or done for effect and fits perfectly with the rhythm of his stand-up comedy. I remember as a kid seeing a trailer for a concert he did which said it featured edited footage so as not to offend the g-rated audience. It featured Pryor on stage uttering two words: 'Good Evening'. 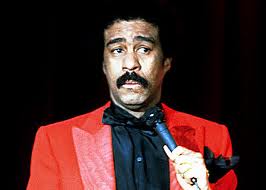 I don't mind a lot of the modern Judd Apatow comedies but I always find his insistence on letting actors improvise detracts from the pace of his movies. He'll often try and wring as many laughs as possible from a scene which tests my patience. Blazing Saddles never does this. It seems like the actors were enjoying themselves, but they were all there to serve the movie rather than try and out-do each other.

I suppose a major flaw in the film is that it doesn't really end well. It's similar to the end of Monty Python and The Holy Grail where absurdly the police suddenly arrive before the epic battle scene. In Blazing Saddles the absurd ending happens when the hapless cowboys break through the set and onto the sound stage of a big budget musical which erupts into a fight between the two casts. It's still funny though!

The second thing Blazing Saddles has going for it is a great cast. Cleavon Little as 'Black Bart' works well as a partnership with The Waco Kid (Gene Wilder) who is a washed-up gunfighter and sympathetic to Bart's predicament as sheriff in a town full of racists. Wilder does a great job in spite of being called in at the last minute by Brooks after the original actor turned up drunk on the first day of shooting. He must have been a method actor! 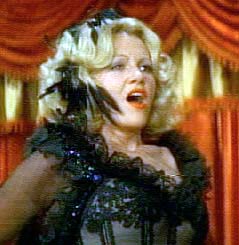 The true test of greatness for any comedy comes down to how well it is remembered. Blazing Saddles to this day still has the greatest on-screen fart joke involving a bunch of cowboys eating beans around a campfire and an hilarious dim-witted thug called Mongo. Mongo actually punches a horse in one scene! Mongo is such a hip character that there is actually a band in the US called 'Candygram For Mongo' after a line from the film. This is almost 40 years after the film was released!

So I reckon this film has everything: A great premise, well written, a great cast and memorable dialogue... and it's funny and a little bit offensive. You can also get it on DVD and Blu Ray which is good because then you can always be sure 'the sheriff is near'. (if you don't get that last line then you haven't seen the movie - go get it now!)
Posted by Trevor Ludlow at 18:01